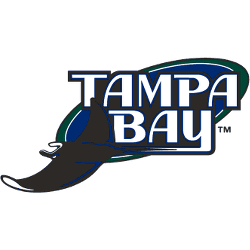 History of the Devil Rays

The Devil Rays began to build their organization shortly after the franchise was awarded in 1995 by naming former Atlanta Braves assistant general manager Chuck LaMar the senior vice president of baseball operations and general manager. The franchise’s first minor league games took place in the 1996 season. On November 7, 1997, Larry Rothschild was named the team’s first manager. The team acquired 35 players in the Expansion Draft on November 18, 1997. Tony Saunders from the Florida Marlins was the first player drafted by the Devil Rays. The team also drafted future star Bobby Abreu but traded him to the Philadelphia Phillies for Kevin Stocker, who had very little success for the Rays. Before the 1998 season, veteran stars Wade Boggs, Fred McGriff, and Wilson Álvarez were acquired.

The team's first decade of play was marked by futility; they finished in last place in the AL East in all but the 2004 season, when they finished second to last. Following the 2007 season, Stuart Sternberg, who had purchased controlling interest in the team from Vince Naimoli two years earlier, changed the team's name from "Devil Rays" to "Rays", now meant to primarily refer to a burst of sunshine rather than a manta ray, though a manta ray logo remains on the uniform sleeves.

Nickname
Devil Rays – Vince Naimoli, owner of Tampa Bay’s expansion team, chose Devil Rays out of more than 7,000 suggestions submitted by the public in 1995. The reaction was not positive. “So far, I’ve fielded about 20 phone calls protesting Devil Rays, and most of the callers have described themselves as Christians who are upset about the word devil,” a Tampa Tribune columnist told a reporter less than a week after the nickname was announced. Naimoli reportedly wanted to nickname his team the Sting Rays, but it was trademarked by a team in the Hawaiian Winter League.

Who is the greatest Tampa Bay Devil Rays?