The Gonzaga Bulldogs have maintained their undefeated record as they finished the West Coast tournament against St. Mary's and BYU. And now they are the only undefeated team that will enter the NCAA tournament this year.

The Bulldogs are the heavy favorite this year to win the March Madness, and it is not a surprise. With how they played and with the result, it is already expected that the Zags will be the number one favorite. Let us walk through the Zags' history as they are now starting to make history for their team.

The Beginning of the Zags 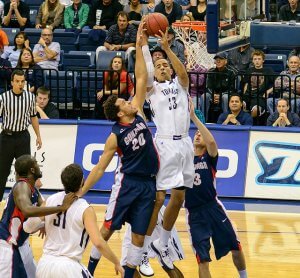 The team was introduced 1907-08, where the team played without a coach. It was a tough start for the Bulldogs, yet they still managed to achieve an excellent record of 9-2. Many have thought that the Zags will be at the bottom of the list as they play coachless, but the Zags worked hard and proved otherwise.

After a year from the Bulldogs' launching, George Varnell came into the picture and became the first coach of the Zags. With coach Varnell's help, the Zags had a record of 10-2 in their second year playing as the Gonzaga Bulldogs basketball team.

From that year and as they go forward, the Zags is not a coachless team anymore. Fast forward to the present. The Zags has now coach Mark Few who led the team to victory until they reached their undefeated record today.

Few had been the team's coach since 1999. Few had also won the Coach of the Year Award multiple times since he assumed the Gonzaga Bulldogs' coaching job. The team also produced numerous award-winning players.

Looking Back at the Zags' NCAA History

This will bring back some painful memories for the Bulldogs fans, but this is why the Zags is the best team today. Let us not go further back in time and only start when coach Mark Few assumed the Zags.

In 1999, the Gonzaga Bulldogs entered March Madness with a brand new coach. That year the Zags faced the UConn Huskies and lost the game to three NBA-level players. It was a great win by the Huskies, and indeed two of the NBAer players of the Huskies were drafted by the Chicago Bulls.

Another memorable but not so lucky year for the Zags in the NCAA tournament is 2006, where they lost against the UCLA team. Other NBA'er players are also on the UCLA Bruins team that year which is why the loss is understandable.

In 2008, the Gonzaga Bulldogs went head to head with Stephen Curry and his team and lost it. Most of the Zags' defeat came from teams who had an NBA level of playing, which also taught the coach Many things.

Mark Few has created a game plan on his head with these losses and slowly incorporating it into his Bulldogs. And on this year's March Madness, all of it has paid off. The Zags are now making history for the Gonzaga Bulldogs, especially if they will win the Championship. If they make it, the Gonzaga Bulldogs will be the first team to enter the March Madness undefeated and actually won since Indiana 1976.

The Zags could be the most outstanding team in NCAA Men's basketball even if they manage to take home the trophy, but if they don't, they could become one of the undefeated teams that have been forgotten.

But there is nothing to worry about. Although the Zags have had an excellent performance in the past years or decades, this year might be the best for the Zags so far. This is the reason why they are also named a Cinderella team. Many March Madness spectators did not expect the Zags' record on the March Madness this year as they have always been defeated in the past years. 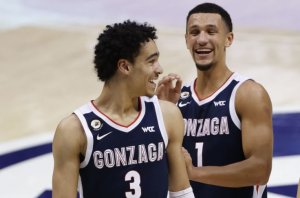 Today, the Gonzaga Bulldogs is considered the best story in March Madness history. They have been fantastic throughout the season, and people are just waiting for them to make a mistake as they entered the conference championship, where they also proved that they deserve more attention than what they are getting.

You can check the Zags' latest odds on the basketball betting odds page to know the difference of their odds with the rest of the participants. This is why it is safe to assume that the Zags will be the March Madness Champion this year.

Although there are quite a few undefeated teams that entered March Madness throughout the history that lost the Championship, the Zags and their fans are still optimistic that they will conquer and be named the 2021 NCAA Division I Men's Basketball Champion.

As a fan, you must be familiar with your favorite team's history and background, as this is also a great way to know the team's capability. Like with the Gonzaga Bulldogs, they have been great in the previous year under Mark Few's coaching, which means that they are not surprised that they are currently undefeated as they enter the NCAA Championship round.