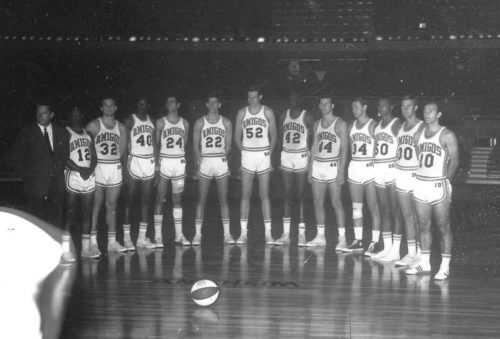 The team was founded as the Anaheim Amigos, a charter member of the ABA-based in Anaheim, California. They played at the Anaheim Convention Center. The team’s colors were orange and black. The Anaheim Amigos was founded by Art Kim, a Hawaii native who had long been active in basketball as a player, Amateur Athletic Union administrator, and owner. The Amigos lost the very first ABA game to Oakland, 132-129. They finished their first season with 25 wins and 53 losses, good for fifth place in the Western Division but not good enough to make the playoffs.