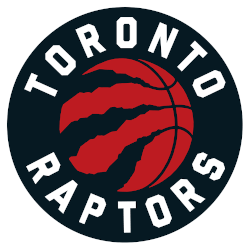 History of the Raptors

The Toronto Raptors are a Canadian professional basketball team based in Toronto, Ontario. The Raptors compete in the National Basketball Association (NBA), as a member club of the league’s Eastern Conference Atlantic Division. The team was established in 1995, along with the Vancouver Grizzlies, as part of the NBA’s expansion into Canada. When the Grizzlies relocated to Memphis, Tennessee to become the Memphis Grizzlies in 2001, the Raptors became the only Canadian-based team in the NBA. They originally played their home games at the SkyDome (since renamed Rogers Centre in 2005), before moving eastward along Bremner Boulevard to the Air Canada Centre in 1999.

Nickname
Raptors – The ownership group of Toronto’s prospective expansion team conducted extensive marketing research across Canada in 1994 and held a nationwide vote that helped team officials come up with a list of potential nicknames. The final selection – Toronto Raptors – was unveiled on Canadian national television on May 15, 1994. Raptors, which Jurassic Park helped popularize the year before, was eventually chosen over runners-up Beavers, Bobcats, Dragons, Grizzlies, Hogs, Raptors, Scorpions, T-Rex, Tarantulas, and Terriers.

Who is the greatest Toronto Raptors?