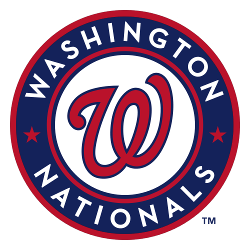 The Washington Nationals are a professional baseball team based in Washington, D.C. The Nationals compete in Major League Baseball (MLB) as a member club of the National League (NL) East division. From 2005 to 2007, the team played in RFK Stadium; since 2008 their home stadium has been Nationals Park on South Capitol Street in Southeast D.C., near the Anacostia River.

Nickname
Nationals – Washington’s original baseball team was interchangeably referred to as the Senators and Nationals, or Nats for short, for most of its time in the District before relocating to Minnesota in 1960. Washington’s 1961 expansion franchise was known almost exclusively as the Senators until it moved to Texas after the 1971 season. When the Montreal Expos relocated to the nation’s capital in 2005, the team revived the “Nationals” nickname.

Who is the greatest Washington Nationals?