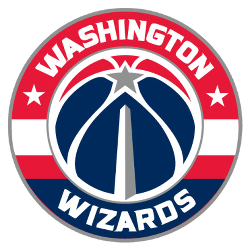 The Washington Wizards are an American professional basketball team based in Washington, D.C. The Wizards compete in the National Basketball Association (NBA), as a member club of the league’s Eastern Conference Southeast Division. The team plays its home games at the Verizon Center, in the Chinatown neighborhood of Washington, D.C.

Nickname
Wizards – In the early 1990s, Washington Bullets owner Abe Pollin was becoming frustrated with the association of his team's nickname and gun violence. After Pollin's friend, Israeli Prime Minister Yitzhak Rabin, was assassinated, Pollin decided to take action and announced his plans to rename the team. (Though Dan Steinberg of D.C. Sports Bog wrote a very detailed history of the name change, and called into question the impact Rabin's death had on the decision.)

A name-the-team contest was held and fans voted on a list of finalists that included Wizards, Dragons, Express, Stallions, and Sea Dogs.

Who is the greatest Washington Wizards?