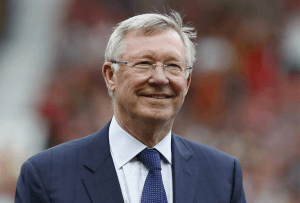 Being a coach is not an easy task, it is more a person's calling. He is responsible for the consistency of the team game, for all the victories and defeats of the team, and also acts as a coordinator, assistant, and partner for each player. A true football coach is not only an experienced mentor but also an empathetic and loyal friend. Sometimes even a father.

The future of the team depends on the skill of a football coach, so he must devote himself entirely to work. Next, we will consider which of the coaches of English football justified the trust and deserved the status of the best, having written their name in history.

The English football star dedicated his entire career to Tottenham. At first, Bill Nicholson played in the team as a midfielder and later became a coach. As a player, he won the first division title. He was also able to repeat the success as a coach of the team. In the same season in 1961, he won the FA Cup with the Spurs. In the UEFA Cup, Nicholson's players reached the semifinals. He was the first to bring home the UEFA Cup Winners' Cup.

The main team of Cullis is Wolverhampton: he played there and later managed the club. The best coach of the 50s succeeded to win three top division titles. Having won the title in 1954, he decided to play against the strongest clubs in Europe and the World. Then the wolves were unofficially recognized as "The best club in the world". Playing with the best teams was the beginning of the creation of the future European Cup. Cullis also won a couple of FA Cups with Wolverhampton.

The Scottish specialist managed Manchester United. Thanks to him, the devil appeared on the club's emblem: with his management, players won 13 trophies, including a couple of European Cup titles. Even though everyone was waiting for the acquisition of high-quality players, the coach began working with youngsters, gradually replacing older footballers with younger ones. He is one of the few who made a bet on green players, as Ferguson later did.

The specialist developed tactics for his players, in which the main idea was strong defense and a quick play on counterattacks with short passes, active movement of players around the field. Chapman was one of the first to use the services of a physiotherapist and massage therapist. He is also considered to be the first coach to take an interest in black and foreign players. In 1911, Chapman made a transfer of Walter Tull, one of the first black professional footballers of the time, to Northampton Town. The coach achieved the greatest success as a coach at Huddersfield Town. The team with him as a manager won two championship titles, and one more after Chapman left them. The coach, having moved to Arsenal, led the team to its first championship in the early 1930s, having also won a couple of cups.

Robson began his career at Fulham, where he played as a striker. Over time, he moved to a position at Ipswich, where he became the vice-champion of the country and won the FA Cup, as well as the UEFA Cup. Later he advanced to the position of coach of the national team, took the squad to the World Cup 86 and Euro 88, as well as the World Cup 90, in which his team took 4th place. He also managed Newcastle, was able to take third place with the team, and brought it to the Champions League.

The Liverpool coach has won 19 trophies, including three European Cups in 1977, 1978, and 1981. Paisley became one of the most successful coaches in football history.

The Portuguese, having arrived in the Premier League, secured a record-breaking 95 points with Chelsea and led the team to the Championship title. The coach acquired his only European club tournament in Britain, managing Manchester United. In 2017, the team won the Europa League final. Now he is Roma's coach.

The coach achieved great success as a mentor for Derby County and Nottingham Forest. He raised two small clubs from the second division to the first and made them champions. While coaching Forest, he managed to make some noise in European club tournaments. Clough has found quite a few footballers while remaining a legend in the coaching department for only two clubs.

A French specialist won the Emperor's Cup while coaching a club in Japan. Arriving in the Premier League and becoming the manager of Arsenal, he radically changed philosophy, which returned him to greatness and resulted in his first title in 1998, and then two more. He spent 22 years at the helm of the Gunners. For 20 years, he kept the club in the Top 4.

The Scottish specialist came to Manchester United when the club was ranked 21st in the Premier League. By the end of the season, the team moved up to 11th position. In 1999, Ferguson's squad won the Champions League and completed the treble, which is something no one else has achieved. In the mid-2000s, the renowned Manchester United became the dominant force in the Premier League and European club tournaments, repeating the success in 2008 by winning the Champions League, and reached the final of this tournament twice. Sir Alex Ferguson has won 13 titles with Manchester United.

Every coach from the top ten was able not only to lead his team to success but to change the world of football. It remains only to imagine what a breakdown of odds in the line of bookmakers led to the victories of outsiders. But there are plenty of such sensational results in our time. For example, in the last season of the Premier League 2020/21, the winner of the league Manchester City was only at the eighth position in the standings by Christmas. The favorites of the Premier League in the line of all bookmakers, including 5Dimes, a review of which is presented here, in addition to Guardiola's squad, were Liverpool and Chelsea. However, it was the team from Manchester that became the winners, while their manager Josep Guardiola became the best coach of the season.