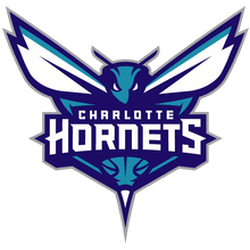 History of the Hornets

The Charlotte Hornets are an American professional basketball team based in Charlotte, North Carolina. The Hornets compete in the National Basketball Association (NBA), as a member club of the league's Eastern Conference Southeast Division. The team is largely owned by former NBA player Michael Jordan, who acquired controlling interest in the team in 2010. The Hornets play their home games at the Spectrum Center in Uptown Charlotte.

The Charlotte Hornets franchise was established in 1988 as an expansion team owned by George Shinn. In 2002, Shinn relinquished his original franchise and acquired a new franchise in New Orleans. Although Shinn was controversially permitted to relocate his basketball organization to that city, an agreement was eventually reached in which Charlotte was permitted to retain the history and records of the team spanning from 1988 to 2002. After suspending operations for two seasons the Charlotte franchise, rebranded at the time as the Charlotte Bobcats, was reactivated under new ownership in the 2004–05 NBA season. In 2013, the Bobcats announced that they would change their name to the Charlotte Hornets once again for the 2014–15 season.

Nickname
Hornets - In 2014, Charlotte Bobcats reclaimed the original nickname of "Hornets," which moved to New Orleans in 2002. The New Orleans Hornets decided to change their nickname to the "Pelicans." The name Hornets was derived from the city's fierce resistance to British occupation during the Revolutionary War, which prompted the British commander, Lord Cornwallis, to refer to it as "a veritable nest of hornets." Read the complete story of the original nickname Hornets.

Who is the greatest Charlotte Hornets?