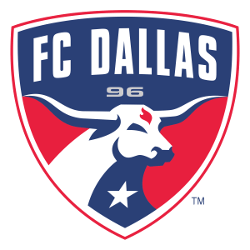 History of the FC Dallas

Dallas plays its home games at its 20,500-capacity soccer-specific Toyota Stadium, where they have played since 2005. In the club's early years, Dallas played their home games in the Cotton Bowl. The team is owned by the Hunt Sports Group led by brothers Clark Hunt and Dan Hunt, who is the team's president. The Hunt family also owns the NFL's Kansas City Chiefs and part of the Chicago Bulls.

FC Dallas in 2016 won their first Supporters' Shield. In 2010 they were runners-up in the MLS Cup, losing to the Colorado Rapids in extra time. The team has won the U.S. Open Cup on two occasions (in 1997 and again in 2016). Their fully owned USL affiliate, North Texas SC, won the 2019 USL League One regular season and overall championship titles, the third division title in American soccer.

Nickname
FC Dallas – In August, club owner Lamar Hunt announced that the club, would be re-branded and known as "FC Dallas" to coincide with their new soccer-specific stadium in Frisco for the 2005 season. Lamar Hunt explained that he would like to see his club take on a name more synonymous with the sport of soccer worldwide.

Who is the greatest FC Dallas?