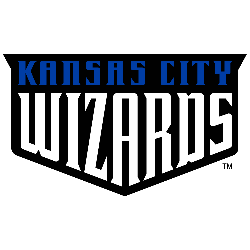 For the majority of their existence, the franchise were known as the Kansas City Wizards. The team rebranded in November 2010, coinciding with its move to their home stadium, now known as Children's Mercy Park.

In 1997, the re-christened Wizards finished 21-11 and atop the Western Conference, but surprisingly bowed out in the first round of the playoffs. Preki led MLS in scoring with 41 points and was named League MVP. He was joined on the MLS Best XI squad by Mark Chung and Richard Gough.

“Lamar claims it had nothing to do with The Wizard of Oz,” says Rob Thomson, SKC’s Executive Vice President, Communications and Digital. By virtue of being with the organization since 1997, he's the club’s invaluable font of institutional knowledge. He also notes that claim from Hunt was “curious,” given the team’s ties to (Dorothy’s) Kansas and the (somewhere-over-the) rainbow color scheme that made the team’s early jerseys stand out.

Who is the greatest Kansas City Wizards?