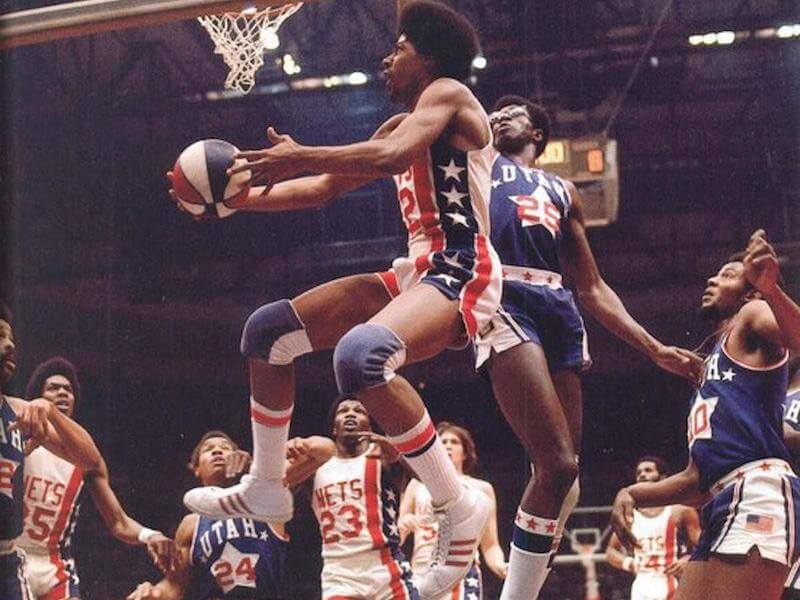 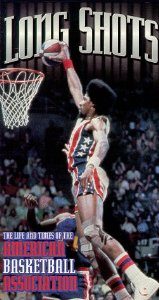 The video called "Long Shots: The Life and Times of the American Basketball Association" is a funky documentary about the old funky ABA League.  If you understand the whole purpose of why the ABA league officials created the ABA; which was to gain access into the NBA; you will understand what I mean by the funky league.  Innovative, colorful, and just bizarre can best describe this league's ten-year existence.  Take the journey back to see about the famous red, white and blue ball; the 3-point shot, Dr. J and the iceman.  This video also spends some time on the afro hair that was so prominent during this time.  Here are some other interesting storylines that come out of ABA history.

In 1975 the ABA gave the MVP of its All-Star Game in San Antonio a quarter horse named Tough Julie, as well as some cowboy accouterments. Like most of the upstart league's gestures, the gift combined a gleam of original thinking with a desperate attempt to wrest attention from the NBA. And like most of the league's gestures, it backfired. First, the MVP, Indiana Pacers guard Freddie Lewis, could not keep the cowboy hat from slipping off his six-inch-high Afro at the postgame ceremony. Then it was discovered too late that the horse had not been inoculated. Tough Julie died three days after the game.

One season later the ABA went the way of Tough Julie, leaving a 10-year legacy of freewheeling, finger-rolling players, oddball moments, and a very oddball that is captured with appropriate breeziness in this hourlong documentary. Tall tales and even taller hairdos recall a time of both creativity and rebellion, and the game footage, though frustratingly skimpy in places—only one glimpse of Levern (Jelly) Tart—makes a compelling case that the ABA left its largest mark by decanting the modern-day players' flowing talents, which too often had been bottled up by "the brown-ball league."

Just as the ABA did, Long Shots soars with the arrival of Julius Erving, in 1971. "The chains have been taken off," Dr. J says of his feeling upon joining the Virginia Squires. "Let me see if I can handle this." As he swoops to the hoop, it is refreshing to think there was a time when a star this incandescent could go underexposed. The documentary also touches on such ABA characters as beefcake forward Wendell Ladner and Marvin (Bad News) Barnes, who once said of a team flight that was to cross into a more westerly time zone and thus arrive earlier than it left, "I'm not getting on any time machine."

While the NBA agreed to absorb the Pacers, the Denver Nuggets, the New Jersey Nets and the San Antonio Spurs when the leagues merged, those teams were a bitter pill for the NBA to swallow. One of the hour's highlights is Boston Celtics pooh-bah Red Auerbach's unleashing his long pent-up bile toward the ABA owners. "I felt," he mutters, "Let 'em rot."