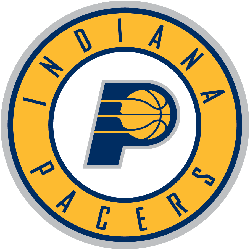 The Indiana Pacers are an American professional basketball team based in Indianapolis. The Pacers compete in the National Basketball Association (NBA) as a member club of the league’s Eastern Conference Central Division. The Pacers were first established in 1967 as a member of the American Basketball Association (ABA) and became a member of the NBA in 1976 as a result of the ABA–NBA merger. They play their home games at Bankers Life Fieldhouse. The team is named after Indiana’s history with the Indianapolis 500’s pace cars and with the harness racing industry.

Nickname
Pacers – When professional basketball came to Indianapolis in 1967, one of the key decisions would be what to call the new American Basketball Association franchise. According to Indianapolis attorney, Richard D. Tinkham, the nickname “Pacers” was decided on through a collective decision of the original investors. Tinkham, one of those investors, recalled that the nickname was a combination of the state’s rich history with the harness racing pacers (investor Chuck Barnes was a horse racing enthusiast) and the pace car used for the running of the Indianapolis 500.

Who is the greatest Indiana Pacers?