Every college player who managed to earn their spot on an NCAA team, dreams of eventually making it to the big dance of the NFL. Many players show signs of stardom ahead of them, and we want to give you our predictions!

Who has the potential for greatness, and who might be nearing the end of their career? Let's see. 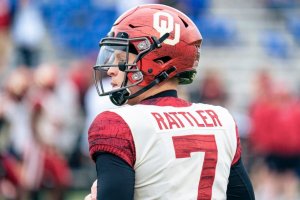 In 2020, Rattler might not have made it to our list as his first couple of games didn’t hold any hype. In fact, our boy was benched for a while after producing 6 turnovers from 10 quarters.

After a time to himself, Rattler was able to refocus. On his first chance off of the bench, Rattler threw an outstanding 3,031 yard passes with a total of 28 touchdowns.

This amazing change in ability pushed Rattler up in our expectations. Even the college football odds changed to make room for Rattler’s new promise.

If Rattler manages to continue following this same energy, we could expect him to make massive waves in the NFL.

Although Stingley has been part of the team for just two seasons, he has already shown himself to be a star player. Stingley has been picked twice for significant games like the All-American picks and the All-SEC picks, which in itself should speak volumes about the potential lying under the surface.

During the 22 games we have seen him play in so far, this star in the making has racked up some impressive numbers. He has defended against 21 passes, succeeded in 65 tackles, and jumped through 6 interceptions.

What makes Stingley even more impressive is his versatility. Throughout his training, Derek has shown that he would make a solid receiver if his team needed a player swap. This means that Stingley has multiple ways for him to show the world how amazing he is.

The potential in his man is outstanding, and we cannot wait to see what he can do! 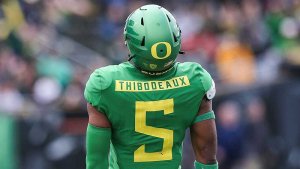 Already in his short career as a college football player, Kayvon has the potential to be picked for the NFL draft. In fact, some might say that he could be selected first. Thibodeaux has been around for two seasons now, and in 2019 he was labeled the top player in the class.

His speed is immense, and his ability to perform the tasks of a pass rusher is outstanding. Thibodeaux has a dynamic movement that keeps his opponents on their toes, creating a constant layer of uncertainty.

We expect big things from Thibodeaux, and if he doesn’t move up the rankings this year, we will be surprised.

Before we can explain just how impressive Neal is, we have to look at his physic. This giant of a player measures 6 foot 7 inches. He is a tall man! Being so tall, we shouldn’t be surprised that he weighs around 350 pounds.

Now that type of height and weight often makes a player sturdy and hard to push around, but our boy Neal can be more than a rock in the path of his enemies. Evan Neal has a natural ability to stay light on his feet and sprint past his opponents as if he was ice skating.

So far in his career, Neal has been moved from pillar to post, starting off as a left guard, then moving to a right tackle, and now to a left tackle. But throughout these positions, Neal has managed to create an anchor of power for his teammates.

With such commitment and ability, we expect Neal to make a big name for himself throughout his future.

Sam Howell started off as a good spot by North Carolina, but after two seasons, it became clear that there was something special in this quarterback. Placed amongst his peers in games that tested him, Howell was able to push his limits to create an outstanding play the college had never seen before.

Some suggest that Howell is the best quarterback in college football right now. He has created 76 touchdowns in his two seasons and ran an outstanding 7,400 yards to boot.

The college had only won 4 games in the 2 years before Howell joined them, but now the team is thinking about playoffs. Boosting his team like this should be enough to prove to the neigh-sayers that greatness lies in this player!

The one thing all of these amazing players have in common is their undoubtable commitment to the game. It is one thing to be great at a sport, but it is a whole other ball game when someone is devoted to it.

Take Rattle, for example. If Rattle didn’t have the drive to look within himself and figure out how to better his own game, we might never have seen the boy leave the bench. But Spencer had the will to train, improve and show his team what he was capable of.

That alone is what pushed him to be one of the most powerful players college football is currently seeing.