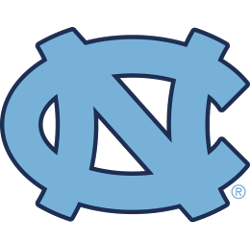 Carolina's main fight song is I'm a Tar Heel Born. Its lyrics appear in the 1907 edition of the university's yearbook, the "Yackety Yack," although how long it existed before that is not known. Some say that it was in the late 1920s that it began to be sung as an add-on (or "tag") to the school's alma mater, "Hark The Sound", although the current version of the sheet music for "Hark the Sound" includes the "I'm a Tar Heel Born" tag as an integral part of the alma mater and credits the full song to William Starr Myers with a date of 1897. Today, the song is almost always played immediately after the singing of "Hark The Sound", even during more formal occasions such as convocation and commencement. Just before home football and basketball games, the song is played by the Bell Tower near the center of campus, and is often played after major victories.

Nickname
Tar Heels - The Tar Heels take their nickname from the state nickname.

Of course, nobody is entirely certain of its exact origination. One explanation is that the state's exports of tar and pitch from the pine forests in the early years of its history led to the nickname.

Another is that a unit from the state in the Civil War stood its ground in battle, not giving an inch, as if it had tar on its heels.

And yet a third explanation is that during the Revolutionary War, the residents of the state poured tar in a river to slow the British advance.

Who is the greatest North Carolina Tar Heels?