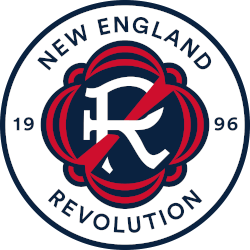 History of the Revolution

The New England Revolution is an American professional soccer club based in the Greater Boston area that competes in Major League Soccer (MLS), in the Eastern Conference of the league. It is one of the ten charter clubs of MLS, having competed in the league since its inaugural season.

The club is owned by Robert Kraft, who also owns the New England Patriots along with his son, Jonathan Kraft. The name "Revolution" refers to the New England region's significant involvement in the American Revolution that took place from 1775 to 1783.

New England plays their home matches at Gillette Stadium in Foxborough, Massachusetts, located 21 miles (34 km) southwest of downtown Boston. The club played its home games at the adjacent and now-demolished Foxboro Stadium, from 1996 until 2001. The Revs are the only original MLS team to have every league game in their history televised.

Nickname
Revolution – The name "Revolution" refers to the New England region's significant involvement in the American Revolution that took place from 1775–1783.

Who is the greatest New England Revolution?