Sometimes in life, there are some things that you just can't do, and one of those is playing for a rival team. Playing for your team's arch-rivals is something that is forbidden, and the love that the fans once had for the player is quickly forgotten about as they see him wearing the colors of their rivals for the first time.

This never used to be the case, as Jimmy Greaves famously moved from Tottenham Hotspur to arch-rivals West Ham United, but which stars have infuriated their old fans by signing for their rivals? 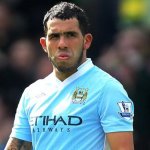 It's difficult to think of many players that have been so hated by a former team more so than Carlos Tevez. The Argentinean forward joined Manchester United in the summer of 2007 after an impressive season with West Ham United. Tevez quickly became a fan favorite for United, as they won the Premier League and Champions League double in his first season at the club.

More trophies followed in the following season as United once again won the Premier League and added the League Cup to their trophy cabinet. However, in the summer of 2009, Tevez did the unthinkable and swapped red for blue, as he signed a 61 million deal with Manchester City. The signing infuriated United fans, but Tevez went on to win one more Premier League title with the Citizens. 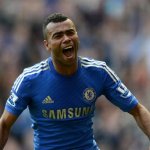 Ashley Cole is rightly regarded as one of the best left-backs to have ever played the game. Cole began his career with Arsenal, as he joined their youth team in 1997. He was given his first senior contract in 1999 and would become a vital part of the Gunners side that went on to win two Premier League titles. The second of those was the 2003 - 2004 season, which also saw the Gunners become the only team in the Premier League era to go the whole season unbeaten. However, he would stun the Gunners in the summer of 2006 after he demanded a move to cross-city rivals Chelsea.

The saga was one of the most dramatic in Premier League history, and the Gunners fans quickly turned against the England left-back and branded him 'Cashley' due to him leaving due to the wages he was paid. Cole went on to win one more Premier League title as well as the four FA Cups and the Champions League. 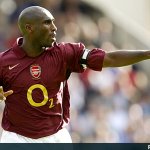 Going from Arsenal to Chelsea is bad enough, but going from Tottenham to Arsenal is something much worse. Sol Campbell did just that in the summer of 2001 after he let his contract run down at White Hart Lane. The central defender decided against renewing his contract with Spurs despite drawn-out negotiations throughout the summer, before stunning the footballing world to sign for Arsenal.

It was a move that nobody saw coming at the time, and the anger from Spurs fans remains to this day. Campbell revealed that his reason for leaving Spurs was to compete for major honors. He did just that during his time with Arsenal, as he won the Premier League twice, and the FA Cup twice.