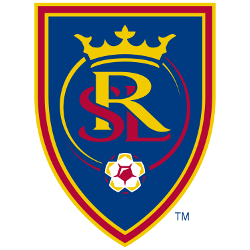 History of the RSL

Real Salt Lake, often shortened to RSL, is an American professional soccer franchise based in the Salt Lake City metropolitan area. The club competes as a member club of Major League Soccer (MLS) in the Western Conference. RSL began to play in 2005 as an expansion team of the league. The club was founded in 2004 when the club's first owner and founder were awarded an expansion berth in Major League Soccer.

The club plays its home games at Rio Tinto Stadium, a soccer-specific stadium located in the Salt Lake City suburb of Sandy, Utah, which they shared with their sister team, Utah Royals FC. Before moving to Rio Tinto, RSL previously played home games at Rice-Eccles Stadium, located on the campus of the University of Utah, from 2005 to 2007. The team is currently led by head coach Pablo Mastroeni.

Nickname
Real Salt Lake – Founder David Checketts provided his club with an international taste with "Real Salt Lake," hinting at an alleged partnership with Spanish giants Real Madrid. Local reaction to the new team's name was initially met with mixed feelings. On top of that, some thought that the name sounded contrived, and did not truly reflect the Salt Lake area, with other suggested team names such as "Highlanders", "Salt Lake SC", or "Union SLC" being more preferred. However, by at least 2014, reaction to the name had improved, with the team establishing its identity as a representative of Salt Lake.

Who is the greatest Real Salt Lake?