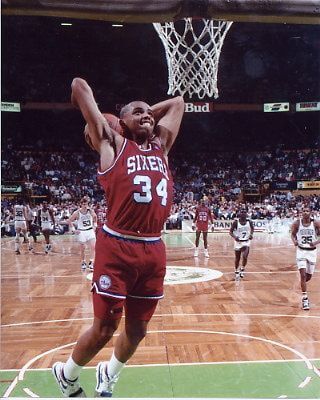 On February 20, 1963, a basketball legend and entertaining character were born. His name is Charles Barkley. Who was once a young, hungry kid trying to make it on the national stage is now a boisterous figure of entertainment in the sports world.

Before Barkley became the household name as an analyst and larger-than-life media personality, he had to make it in the game of basketball.

Although not being able to turn up the talent until late into his high school career, Barkley did enough to earn a scholarship to Auburn. This was the moment during his basketball journey where Barkley really found his stride. For his first three years in school, Barkley was an all-conference competitor and started to get the attention from the professional level. 1984 was the year that he declared for the NBA draft.

In the first round, the Philadelphia 76ers jumped at the opportunity to snag him and drafted Barkley fifth overall. The big thought surrounding his draft position was his size. Barkley was a bit undersized by forward standards at the time. This glaring issue to some was offset by incredible athleticism and strength near the basket. 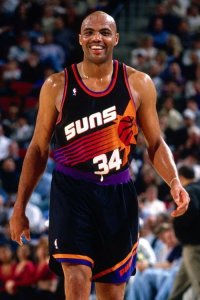 This style of play would go on to become part of Barkley’s identity as a ballplayer. In fact, he would go on to be known as the Round Mound of Rebounds. His size was just part of his playstyle because his strength and jumping abilities in the lane were so dominant.

His rookie season would be the worst of his career in terms of season-long stats, but that does not say much as he still averaged 14 points and nearly nine rebounds per game. To say that this would be his career-low says a lot.

It only took a couple of years before he graced the court at his first all-star game. This took place in 1987 and would be the first of 11 consecutive appearances in that prestigious outing. This is a rare feat, even among the game’s most elite. This goes to show how much of an impact Barkley had on the game at that time.

Although it did not take long for Barkley to find some individual success, the same could not be said for his team, the 76ers. Although not a bad team, deep playoffs runs never really happened after his rookie season. Philadelphia showed glimmers of hope, but during eight total seasons with the organization, they could not get it done.

In 1992, Barkley was traded to the Phoenix Suns. Because of his strong personality and outspoken tendencies, the front office did not really like Barkley all too much. This is what led to the trade.

The first season with the Suns proved to be the best Barkley had thus far in his career. Even looking back overall, this is one of the turning points that went from Barkley being really good at basketball into being a star.

That season, Barkley hosted an MVP season. This would prove to be a huge moment in his career because he would finally be in the conversation of being elite. Winning awards and winning games is how that is accomplished. It seems like when the transition to the Suns happened, Barkley was able to transition into that stage.

In 1994, the year after winning MVP, he led the Suns to the NBA Finals. Although losing to Michael Jordan and the Chicago Bulls in six games, this was the first time Barkley hit that big stage. Unfortunately for him, this would end up being the principle of his career in Phoenix as he was traded to the Houston Rockets in 1996.

Houston is where Barkley would end his career, and it ended without ever getting that championship ring that every competitor fights for. Although going to the conference finals in his first season down south, the Houston Rockets still could not get it done. Despite having excellent averages and a positive impact on the team, the NBA championship ring was able to escape him. 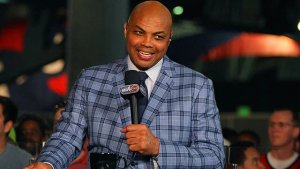 This led to Barkley retiring from the game in 2000. Although he retired from stepping on the court as a player, Barkley’s persona transcends the game and is still around to this day.

Barkley’s charisma and insight into the game has kept him around the game ever since retirement. He is most known for his work on the TNT show “Inside the NBA.” Alongside Shaquille O’Neal and a number of other hosts, Barkley can really shine as an analyst and personality.

In fact, Barkley’s presence on TV was good enough to win four Emmy Awards for “Outstanding Studio Analyst.” It is not uncommon to see former athletes hit the TV, but few can do it as well as Barkley.

He can also be seen in a number of commercials and pop culture references. He can be seen in work such as “Space Jam,” “Modern Family,” and a few other cameo opportunities.

Barkley’s playing and entertainment career is quite colorful and is one that has graced the public for many years. Even now, there are no signs of him slowing down despite being retired for over 20 years.