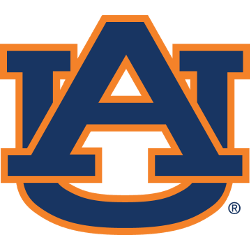 Before each Auburn home football game, thousands of Auburn fans line Donahue Avenue to cheer on the team as they walk from the Auburn Athletic Complex to Jordan–Hare Stadium. The tradition began in the 1960s when groups of kids would walk up the street to greet the team and get autographs. During the tenure of coach Doug Barfield, the coach urged fans to come out and support the team, and thousands did. Auburn is the first known school to conduct an organized procession of players into the stadium. Today the team, led by the coaches, walks down the hill and into the stadium surrounded by fans who pat them on the back and shake their hands as they walk. The largest Tiger Walk occurred on December 2, 1989, before the first ever home football game against rival Alabama—the Iron Bowl. On that day, an estimated 20,000 fans packed the one block section of road leading to the stadium. According to former athletic director David Housel, Tiger Walk has become "the most copied tradition in all of college football." As it grew in popularity, the Tiger Walk has become a fixture for road games. Fans will gather at visiting stadiums and cheer the team on from the buses into the stadium.

Nickname
Tigers - Auburn's only nickname is the Tigers. We're the Auburn Tigers. Auburn has been known as the Tigers since the University first fielded a football team against Georgia in Atlanta in 1892.

The nickname "Tigers" comes from a line in Oliver Goldsmith's poem, "The Deserted Village," published in May 1770, "where crouching tigers await their hapless prey..."

The widespread use of "War Eagle" by Auburn devotees has often led to outside confusion as to Auburn's official mascot. However, the official mascot of Auburn University is Aubie the Tiger, and all Auburn athletic teams, men's and women's, are nicknamed the Tigers. Auburn has never referred to any of its athletic teams as the "Eagles" or "War Eagles." The university's official response to the confusion between the Tigers mascot and the War Eagle battle cry is, "We are the Tigers who say 'War Eagle.'"

Who is the greatest Auburn Tigers?