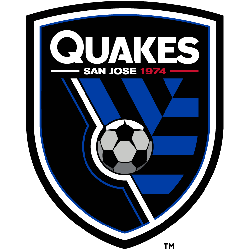 The franchise began play in 1996 (originally as the San Jose Clash) as one of the charter clubs of the league. The Earthquakes took part in the first game in MLS history, defeating D.C. United 1–0. The Earthquakes have won two MLS Cup titles, in 2001 and 2003.

The Earthquakes returned after a two-year hiatus, resuming play in 2008. Argentinian Matías Almeyda is the Quakes’ current head coach. Since 2015, the Earthquakes have played their home games at Earthquakes Stadium (named Avaya Stadium from 2015 to 2019). The team previously played its home games at Buck Shaw Stadium on the Santa Clara University campus in Santa Clara, California from 2008 to 2014.

Nickname
Earthquakes – The name Earthquakes originally came from a newspaper contest in the San Jose Mercury News, in which fans were encouraged to send in suggestions for the name of the franchise. Earthquakes was chosen by the team’s general manager Dick Berg, but was criticized due to San Jose’s proximity to the San Andreas Fault.

Who is the greatest San Jose Earthquakes?