Lebron James is often compared to the legendary Michael Jordan in discussions about the greatest basketball player of all time. 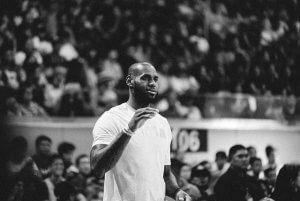 Lebron James at a Nike Camp

In every sport, there are athletes who dominate. In the NFL’s current environment that player is clearly Tom Brady, in the MLB it's arguably Mike Trout, and in the NBA that person is none other than Lebron James. The 6-foot 9 powerhouse known by his fans as “King James” is undeniably professional basketball’s reigning star. Frequently compared to another legend, Michael Jordan, James’ talent is obvious and continually represented by his long list of accolades and steady, incredible performances on the court.

However, some interesting facts about the elite player may surprise you. Like the fact that James never attended college and was drafted directly into the big leagues, the youngest player in NBA’s history to be chosen as a number one pick. Or the fact that the shooting guard also had a pretty successful run as a football player.

From his small-town roots to his 4 Championship rings, James has sure come a long way. In fact, as expert pundits already place the Lakers as a top contender under NBA Championship winner betting odds, the 2021 season may bring Lebron yet another ring and title. It wouldn’t be surprising for the organization to add to their achievements with a star like Lebron leading them. Below we’ll take a look at the King’s history and how he arrived at this remarkable place in professional basketball.

Lebron James was born in Akron, Ohio on December 30th, 1984. He spent his early life in the town’s suburbs with his mother, Gloria Marie James who encouraged his basketball passions from the beginning. By the time James entered high school at St. Vincent-St Mary’s, he was already showing off his elite talent on the school’s team. Under Lebron, they won a whopping three championship titles and he racked up over a dozen awards. James was USA Today’s High School Player of the Year for two consecutive years as well as Mr. Basketball of Ohio three years in a row, and a two-time Gatorade National Player of the Year, just to name a few.

It was obvious from this time that Lebron was an exceptionally gifted athlete. For this reason and more, he’s one of the few NBA players who skipped college basketball, entering the professional environment already famous from his notable high school career. 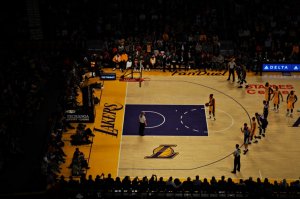 The Cleveland Cavaliers chose Lebron as a first pick in the 2003 draft, becoming the first organization that would get to have the soon-to-be iconic NBA star on their side. The Cavaliers were not disappointed. James was awarded Rookie of the Year in his first season, scoring points for fun in each matchup. The basketball prodigy went on to play for two other organizations including Miami Heat and currently, the Los Angeles Lakers. Under Lebron’s leadership, the team won their 17th championship title this past year, tying them with the Boston Celtics for most NBA Finals victories of all time.

This win made Lebron one of only 4 players in NBA history to win championship titles with 3 different teams, as he also helped lead Miami to acquire rings on 2 different occasions in 2012 and 2013 and one for the Cavaliers in 2016.

However, the historic player’s performance doesn’t stop with the NBA. Lebron was also a valuable member of several major Olympic teams from the 2004 games in Greece to the London competitions in 2012.

Both Jordan and King James are constant topics of conversation among basketball fans, debating who deserves the “GOAT” title in the sport. However, many believe that while Michael is undoubtedly basketball’s biggest legacy, James’ talent level may even surpass MJ’s. Whatever side of the fence you stand on, one thing’s for certain: the historic career of Lebron James will go down in the history books. Fans are ready for the day he is inaugurated into the NBA’s Hall of Fame, but for now, they are looking forward to the Laker’s opportunity for yet another Championship title in 2021.