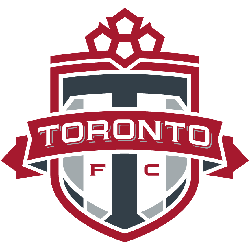 Toronto FC competes in Major League Soccer (MLS) as a member of the Eastern Conference. The team plays its home matches at BMO Field, located at Exhibition Place on Toronto's shoreline. Toronto FC joined MLS in 2007 as an expansion team and was the first Canadian-based franchise in the league.

The first team is coached by Greg Vanney and operated by Maple Leaf Sports & Entertainment, which also operates the USL League One affiliate team Toronto FC II and most other professional sports franchises in the city.

Nickname
Toronto FC – The announcement followed an online consultation in which the public was invited to vote on the name during a limited period. The voting options were "Toronto Northmen", "Inter Toronto FC", "Toronto Reds", and "Toronto FC". MLSE's strategy in choosing "Toronto FC" following this process was based on two reasons. Firstly, over 40 percent of the online vote supported the simple Toronto FC name during the consultation; secondly, MLSE hoped that the fairly generic name would help the new club earn a more organic nickname from the Toronto fans rather than having one imposed upon the team. The team has been called "TFC" and "the Reds" by the media and the team. The "FC" in the club's name became the conventional initialism for football teams.

Who is the greatest Toronto FC?