The state of Pennsylvania can play host to a plethora of top sporting figures the world has seen, with many of those to have been born in the great state has gone on to achieve international stardom for what they had managed to achieve within their respective careers. 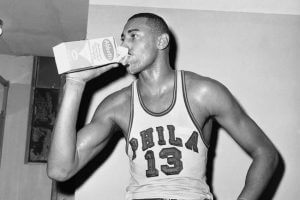 If there was any doubt about how revered sports are within the area of the United States of America, then perhaps a quick glance to the sports betting industry will help, as Pennsylvania became one of the first to legalize it. With so many different options available to bet on, sports betting in Pennsylvania has only continued to thrive, as well, further highlighting how mad the region is in regards to sports.

So, it should not come as a surprise that there are a number of legendary sportspeople to have come out of the 33rd largest state in the country. These are just a few of the great figures who were born there and managed to achieve great things, with some famous men having been omitted from the list, such as golfer Arnold Palmer (Latrobe) and quarterback Joe Namath (Beaver Falls).

Born in Philadelphia in 1978, Kobe Bryant was an iconic basketballer and one that will forever be known as one of the very best the sport has ever witnessed. He had a 20-year career within the NBA where he starred for his whole career with the Los Angeles Lakers, despite being initially drafted by the Charlotte Hornets, and became known by the name “Black Mamba”.

During his stellar playing days, he managed to win a total of five NBA Championships, was named an NBA Finals MVP on two occasions, an 18-time All-Star, and various other awards, whilst he also managed to win two gold medals at the Olympic Games for Team USA. He currently holds the record for being the LA Lakers’ all-time leading scorer, as well.

Such was his status, his death in 2020 following a helicopter crash sent the world into an emotional state, as many around the world mourned his passing, whilst the NBA continue to pay homage to the shooting guard’s legacy by voting him into the Naismith Memorial Basketball Hall of Fame, as well as renaming the All-Star MVP Award in his name.

When speaking about basketball icons to have been born in Philadelphia, it would be remiss of us not to mention Wilt Chamberlain, as the center was perhaps one of the most dominant to have ever played the position on the basketball court.

Chamberlain played for the Harlem Globetrotters to begin his career but soon ended up with the Philadelphia/San Francisco Warriors in the NBA before six years ended with a trade to Philadelphia 76ers. Three seasons later, he joined the Los Angeles Lakers for five years before ending his career as a two-time NBA Champion, an NBA Finals MVP, a four-time MVP, and 13-time All-Star.

Perhaps famously, though, the center became famous for being able to score 100 points by himself in a match in 1962. 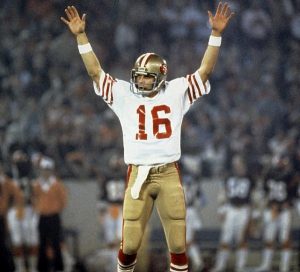 As Bryant and Chamberlain are synonymous with basketball, Joe Montana is with American Football and the NFL. For Pennsylvania, he is perhaps one of their most famous sporting exports, as well.

Born in New Eagle in 1956, Montana managed to carve a career for himself as one of the greatest quarterbacks the game has ever seen and one that is still talked about today by many. Drafted in the third round by San Francisco 49ers in 1979, he helped lead the Californian franchise to four Super Bowl titles between 1982-90, as he showed that he continually had ice in his veins with his demeanor under pressure being incredibly cool and calm; which was incredibly handy when the 49ers needed to score on their last-drive to win games.

As we mention at the beginning of the article, these are just a few of the legendary athletes that were born and raised in the state of Pennsylvania and which certainly deserved not only a paragraph in this article but an entire piece about their careers. Kobe Bryant, Wilt Chamberlain, and Joe Montana are or maybe were, without any doubts, the athletes with the largest number of fans in the state.