As soon as news broke out that Falcon's all-star WR Julio Jones wanted to leave Atlanta to find new challenges the NFL was put on a blast that hasn’t been seen in a while. NFL betting platforms have already begun throwing out predictions and odds as to where one of the best WR to ever grace the gridiron will end up. Will it be in New England with Bill Belichick? In Tennessee to form the most dominant RB/WR duo with Derrick Henry?

As of right now the ball is up in the air, but one must wonder, is Julio Jones really as good as he’s being put out to be? We think so and here’s why.

Who is Julio Jones? 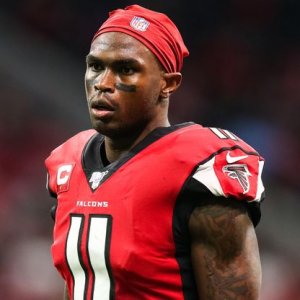 To explain Julio Jones Jr. one must muster up some of the best and biggest compliments that a wide receiver should get in the league. From being known early on in his high school career as “Waffle House” because he was always open to hosting some of the best numbers in not only football but also track and field in the state of Alabama, excellence has always been a must in Jones’ life. After being considered by experts around the country as the No.1 WR prospect in the country, Julio knew that his next big move was to continue his career in his state school, Alabama, home of Nick Saban’s Crimson Tide football team.

To understand Julio Jones as a football player, one must be ready to go through crazy stats and a surprisingly rare combination of size, speed, strength, and all-over football talents. It’s because of this mix that Jones was able to cause an immediate shock as soon as entering the league. With records like being the fastest player in the NFL to reach 10,000 career receiving yards and becoming the all-time career receptions leader for the Atlanta Falcons, it’s no wonder why Jones is regarded in the league as the best WR of his generation and one of the best to ever do it.

The Stats Speak Volumes Of How Good He Is

If you take a moment and go through Julio Jones’ stats from when he entered the NFL until right now, you’ll see why although he’s 32 years old he’s still considered one of the most coveted is not the most coveted WR’s in the league. From the moment he entered the league in 2011 until today, Julio has only had 3 seasons where he did not post at least 1,000 receiving yards, being 2015 his most successful year with 136 receptions and 1,871 receiving yards. There are complete WR units in teams that don’t amass those numbers, keep that in mind. 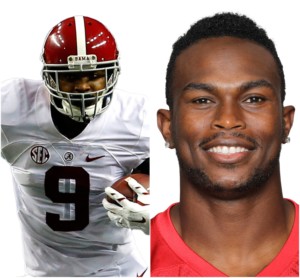 His career stats both regular and postseason reads like a crazy list of amazingness with almost 14 thousand receiving yards under his belt, 909 receptions, yards per game average of 96.1, making it the highest in NFL history, and 66 touchdowns. He holds the record for most games with 250 or more yards with three in total and one for over 300 yards. He’s the player with the most seasons averaging over 100 yards per game with five in total and is the only player in league history to average 100 plus yards per game in four straight seasons. The man is a myth, a legend, a machine, you name it, and he’s not done with his dealings in the league just yet.

What’s Left For Jones in the NFL?

With the news that Jones wanted out of the Falcons, there’s really not much that Atlanta Falcons can hold against him other than praise and admiration. While a Super Bowl win eluded them, in one of the most heartbreaking Super Bowl losses ever against the Patriots, Jones still has a lot in his tank to continue going. It’s no wonder why most teams in the NFL are all bidding or at least trying to find a way to lure Jones into their squads.

Julio Jones has his Hall of Fame place already secured, that’s a given. Will, it hurt his chances if he doesn’t win a Super Bowl? Not really, just look at his stats, he’s up there with the very best to ever do it and he will most likely end up leaving the league as the best receiver to ever play the game. Where will he go moving forward? Who knows, but whoever is able to snatch him up can consider themselves the luckiest team in the league.