Being the United States' most popular sport, every American college student tends to follow basketball with a passion. Various top-notch teams in college basketball are known for producing basketball stars.

Anthony Davis, Tar Heel, Russell Westbrook, and many others are examples of those players who played for college basketball teams and became stars.

The Kentucky Wildcats is considered the most successful team in the NCAA Division 1 if we take into account its all-time win percentage and victories. It's currently coached by John Calipari.

The team played and took part in its first-ever season in 1896. The uniform color and logo were initially light yellow and blue, but as it did not appear much pleasing, the colors were replaced by white.

The nickname of the team, "Wildcats," became popular when they defeated Illinois by a 6-2 margin in a football match. 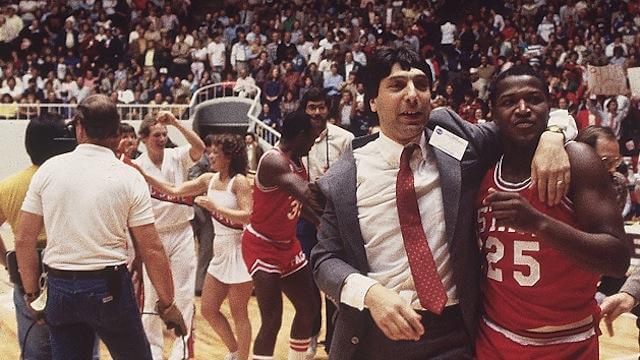 Representing North Carolina State University, the NC State Wolfpack basketball team was formed in 1911. It competes in the NCAA Division 1 men's basketball competition. The team is considered as one of the seven members who founded and established the Atlantic Coast Conference. Before that, NC State Wolfpack were seven times conference champions being the members of the Southern Conference.

Wolfpack has been successful in becoming victorious in ten conference championships, being a member of the ACC. In fact, in 1974 and 1983, they were able to become the national champions. The 1983 championship is considered to be one of the most memorable and historic wins in the history of the NCAA.

A few of the notable players who have played for this team are Abdul-Malik Abu, Thurl Bailey, Javier González, and the list goes on. 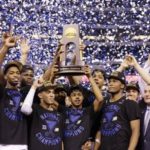 This amazing basketball ball team was formed in 1906, and as of now, the team's coach is Mike Krzyzewski. The main man behind the formation of this team was the Athletic Director of Trinity College, Mr. Wilbur Wade Card. Dukes have been able to become the NCAA champions around five times. They tie their record with Indiana, which has also won 5 NCAA titles.

In addition to this, around eleven players from this team have been named the National Player of the Year. Not only that, almost 70 plus players of Duke have ensured their selection in the NBA Drafts. 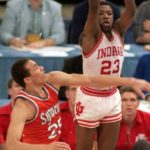 Indiana Hoosiers are also one of the top-rated and best college basketball teams in sports history. The team was established and played its first-ever season in 1901. The head coach at that time was Mike Woodson.

Indiana University Bloomington is represented by the Hoosiers in NCAA Division 1 college basketball. They take part in the Big Ten Conference. As mentioned earlier, the team has won around 5 NCAA titles in 1940, 1953, 1976, 1981, and 1987.

The last undefeated NCAA men's basketball champion is the 1976's Indiana squad. It's been 46 years, but no other team has been successful in achieving this feat yet. A few of the most popular players who have played for this fantastic team include Calbert Cheaney, Don Schlundt, Archie Dees, and several other renowned players.

These college basketball teams are just a few of the top-rated teams. Several other famous and successful teams have produced top-class and highly talented basketball players.

If you are interested in college basketball odds, the above information is going to be extremely beneficial for you. If you want to learn more, make sure to explore our other articles.