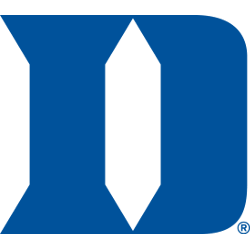 History of the Blue Devils

The Duke Blue Devils are the intercollegiate athletic teams that represent Duke University, located in Durham, North Carolina. Duke's athletics department features 27 varsity teams that all compete at the National Collegiate Athletic Association (NCAA) Division I level. The name comes from the French "Les Diables Bleus" or "the Blue Devils," which was the nickname given during World War I to the Chasseurs Alpins, the French Alpine light infantry battalion.

Duke joined the Southern Conference in 1929 and left in 1953 to become a founder of the Atlantic Coast Conference.

Teams for then Trinity College were known originally as the Trinity Eleven, the Blue and White, or the Methodists. William H. Lander, as editor-in-chief, and Mike Bradshaw, as managing editor, of the Trinity Chronicle began the academic year 1922–23 referring to the athletic teams as the Blue Devils. The Chronicle staff continued its use and through repetition, Blue Devils eventually caught on.

Nickname
Blue Devils - “They first gained attention when their unique training and alpine knowledge was counted upon to break the stalemate of trench warfare in their native region of the French Alps,” according to Duke University. “Unfortunately the Vosges Campaign in March, 1915, failed to alter the status quo even though the Blue Devils won accolades for their courage. However, their distinctive blue uniform with flowing cape and jaunty beret captured public imagination. When the United States entered the war, units of the French Blue Devils toured the country helping raise money in the war effort. Irving Berlin captured their spirit in song describing them as ‘strong and active, most attractive . . . those Devils, the Blue Devils of France.’”

Trinity College, the predecessor of Duke, was looking for a nickname for its football program, which had recently been reinstated after a 25 year absence. The school’s colors were blue and white, just like Huntington and its teams were commonly referred to as the Blue and White. The college chose Blue Devils as its mascot/nickname for the 1922/23 school year. (Trinity changed its name to Duke in 1924.)

Who is the greatest Duke Blue Devils?