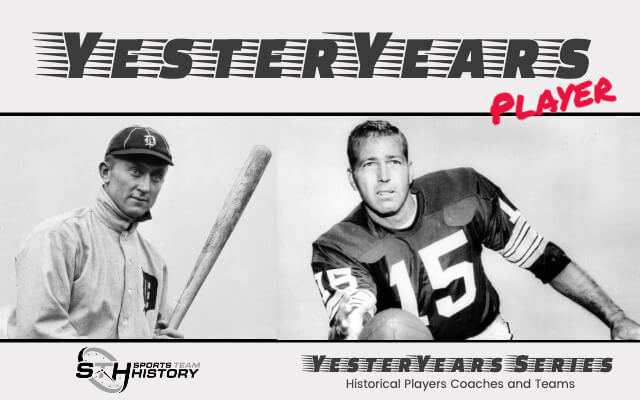 Tom Brady is known as one of the greatest football players of all time and will surely go down as a top quarterback in the history books. 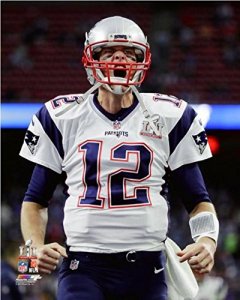 Brady captivated the football world with his commanding presence behind center, winning six Super Bowls and a multitude of awards. His dominating time with the New England Patriots put him in the conversation as being the greatest quarterback of all time.

To fully understand Brady’s impact on the game, it is important to jump back in time and understand his history as an athlete and a person.

Brady was born on August 3, 1977, in San Mateo, California. As the only son in the family, Brady grew up with three sisters and was an avid Joe Montana fan. His admiration for Montana came from attending many San Francisco 49ers games with his dad.

In high school, Brady was a sports kid through and through. He excelled in baseball and football. Some even said that he could have made it pretty big if he stuck with baseball, but we all know how football ended up turning out.

Instead of going into the professional baseball system, he took his talents to Ann Arbor as a football player for the University of Michigan.

He attended the University of Michigan and entered the team as the backup quarterback. Brady struggled with the fact that he could not jump into a starting position and show what he is made of. Brady did not get the starting quarterback gig until his junior year on the team.

Although two years as a backup is a great time to learn a lot, a growing hunger for competition developed. Frustration and angst set in and it showed once Brady was given a proper chance in his junior year.

In his first year as a starter, Brady led the Wolverines to a shared title of the Big Ten Conference and a win in the Citrus Bowl. He set a couple of passing records and really gave the fans someone to rally behind. However, he had to battle against Drew Henson for the starting position that following season.

In his senior year, he led Michigan to an Orange Bowl victory while being the team’s captain, giving him just enough of the spotlight to declare for the 2000 NFL Draft.

It took a little longer than expected to be picked in that draft as the New England Patriots picked him up in the 6th round. At 199th overall, it is easy to write off a quarterback that was taken so late in the draft. However, Brady broke that mold and eventually would prove that he is worth far more than what his draft spot suggested.

Like many drafted quarterbacks, he served as the backup in his rookie season and only saw the field once. This was because of how well Drew Bledsoe was doing with the organization.

However, Bledsoe got hurt the following year, and it was Brady’s time to prove himself as a new face of the Patriots. Brady posted a very impressive 11-3 record in his starts and grabbed his first of many Super Bowl victories that same season. This was a pivotal and kick-starting year for Brady as he was also crowned as the game’s MVP.

Brady could not have made a better first impression when he got the starting call. That year’s performance would be a pivotal stepping stone toward becoming one of the greatest quarterbacks of all time.

Brady put the league on notice in that 2001 season. 2002 was fairly lackluster as the Patriots missed the playoffs entirely, but the Brady saga in New England really took a stride in 2003 and 2004. The Pats went on to win back-to-back Super Bowls in those years with Brady winning his second big game MVP in 2003.

What made this run all the more special was he and the Patriots set an NFL record after winning 21-consecutive games over those two seasons, including playoffs. This was a feat no one else could accomplish and really catapulted the Brady and Belichick monster into the mainstream.

His next Super Bowl appearance came in 2007, but the Patriots narrowly lost to the New York Giants. His next Super Bowl victory did not come until 2014 when he and the Pats defeated the Seattle Seahawks. However, Brady’s most notable big game performance came in 2016. When down 28-3, Brady and his offense pulled off a huge feat and beat out the Atlanta Falcons 34-28 in overtime. This will most likely go down as Brady’s biggest and most impressive performance to date.

Brady won his sixth Super Bowl, setting an NFL record, in 2018 with a 13-3 win over the Los Angeles Rams. In many people’s eyes, this is what cemented himself as the GOAT of NFL quarterbacks. 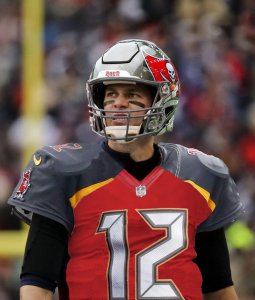 Brady also set an NFL record for the most consecutive seasons spent with one team by a quarterback at 20. A vast majority of NFL athletes will never see their 20th season let alone with just one team. This is a record set by Brady that does not get enough credit.

This record ended in 2020 when Brady signed a two-year contract with the Tampa Bay Buccaneers. This switch was shocking to some, but not very for others as there were hints of retirement or moving out of New England in the weeks leading up to the announcement.

In an unprecedented season, Brady led the Bucs to a Super Bowl appearance, their first since 2002.

Brady’s impressive and boisterous career absolutely puts him in the conversation of the greatest of all time. It will be interesting to see how the remainder of his career plays out.