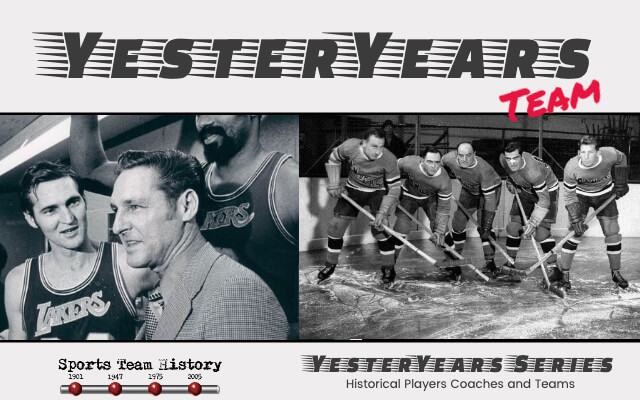 The New York Yankees are an American baseball team that play in the American League (AL) East. Created in 1901, the team was originally named the Baltimore Orioles, then the New York Highlanders, before becoming the New York Yankees in 1913. Far from being the oldest team in the MLB or in America, the team has however, risen to be the most successful team across all four American major leagues, winning 27 World Series titles, 40 AL pennants, and 19 East Division titles, all of which are MLB records. The team is also the second most valued sports team in the United States and the world, trailing only the Dallas Cowboys. The Yankees play in the Yankee Stadium, and is owned by Yankee Global Enterprises.

The Orioles were created in 1901, but their story started in 1900, when Ban Johnson, pushed for his minor Western League to become major and for a team to challenge the New York Giants in the National League (NL). Both attempts were repelled by the NL and the Giants, leading to Johnson declaring his league a major league in 1901 and creating the Orioles. Between 1901 and 1903 there will be tension between Johnson’s American League (AL) and the National League, until a conference was called to bring a lasting solution to the matter. 15 out 16 owners voted for another team to be created in New York, and the American League became recognized by the NL.

At the time of the conference and resulting resolutions, the Orioles had new owners. The team was moved to New York, and the new owners renamed the team to the New York Highlanders, playing out of Hilltop Park. The Highlanders were not a very succesful team on the field, and constantly had run-ins with the Boston Americans, who later became the Boston Red Sox. The media and fans were slowly falling in love with the name “Yankees” coined by sports editor Jim Price.

The world series did not start until 1903, and the New York Yankees were nowhere near contenders. The team became officially known as the Yankees in 1913, after the Highlander name lost favor in the eyes of the media and fans. The team would also be sold to Colonel Jacob Ruppert, after owners Frank Ferrell and William Devery became strapped for cash. During this time, the team briefly shared its Hilltop Park with the rival New York Giants, and then roles were reversed as the Giants shared their new Polo Grounds with the Yankees from 1913 to 1922 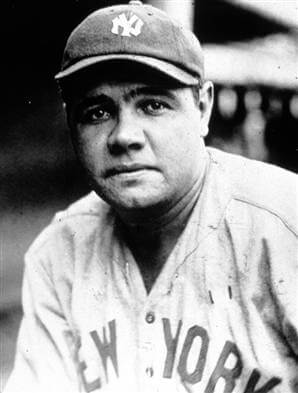 The Yankees had known no previous success in all their time in the majors but fortune would smile their way when more relaxed relations with the Boston Red Sox, led by a Harry Frazee who cared more for his movie productions than baseball would sell pitcher Babe Ruth, to the Yankees for a then humongous $125,000 in 1920. This will come to be known as “The Curse of the Bambino” in baseball lore, as the Red Sox will begin an 86-year championship drought, while this will mark the beginning of a glorious and championship filled era for the Yankees. Babe Ruth’s exploits as a batter and home run monster will lead to the Yankees pulling more attendance than even the Giants, more than doubling their fan base. The Giants would ask the Yankees to leave Polo Grounds, and instead of going far, the Yankees would move just across the Polo Grounds on the other side of the Harlem River. The new stadium cost a whopping $2.5 million, and a lightning fast 11 months to build. This money was thanks to the attendance drawn by Ruth’s play, and thus the stadium was nicknamed “The House that Ruth built.” In his “house,” Ruth would give Yankees fans and opponents alike many memorable moments including five World Series wins and the famous “Called shot.” By the end of his time with the Yankees, Ruth had contributed to seven AL pennants and give World Series championships. The 1927 Yankee team is arguably the best ever in Yankees and baseball history. The name “Murder Row” was largely to due to the hitter lineup which comprised of Mark Koenig, Babe Ruth, Earle Combs, Lou Gehrig, Bob Meusel, and Tony Lazzeri.

With Ruth leaving the Yankees in 1935, and retiring that same year, the team turned to Lou Gehrig and coach Joe McCarthy for continuity, but it was new star Joe DiMaggio who would take center stage for the Yankees. “Joltin'” Joe also known affectionately as the “Yankee clipper” set a hitting record of 56 consecutive games, a record that still stands today and is largely described as unbreakable. The team would win an unprecedented four straight World Series titles between 1936 and 1939, with coach McCarthy leading the charge with his two stars Gehrig and DiMaggio. Gehrig would have to stop baseball in 1939 due to illness, and died two years later, during a rocky time for the team. In between 1940 and 1944, the team would win two more World Series titles before the Second World War would force players like DiMaggio into the army.

After the World War, the Yankees were not the same. DiMaggio, worn out by war and father time was no longer the player he was and Joe McCarthy’s wax was not taking the same hold as before the war. The front office would replace him with Bucky Harris, in 1947, who would prove to be an immediate quick fix, pulling the team to the World Series and winning the hard way against the Brooklyn Dodgers before they moved to Los Angeles.

Casey Stengel would be the man to take charge of the team in 1949. Pundits did not expect much from Stengel, but he would put together the team of Berra, Mantle and Ford, and go on to win seven World Series titles in 12 years, five of those titles being consecutive from 1949 to 1953, an MLB record. The New York Giants and Brooklyn Dodgers would be regular victims of the Yankees in the World Series, until 1955 when the Dodgers beat the Yankees, only to be returned the favor in 1956.

After beating the Milwaukee Braves in 1958 to capture their 18th World Series title, the Yankees would enter the new decade with purpose and ambition, spearheaded by the tandem of Roger Maris and Mickey Mantle, known as the “M&M boys.” The duo would lead the Yankees to their nineteenth and twentieth championships in 1961 and 1962, the Yankees’ last for the next 14 years. Not until 1977 would the Yankees win another World Series, but not before team conflict between coach, front office and star player Reggie Jackson, would cause the media to dub the Yankees, the “Bronx Zoo.”

After the “Bronx Zoo” episode, the Yankees, trailing the Boston Red Sox by 14 games and a suspended Reggie Jackson. Jackson would return, and lead the charge for a Yankees comeback in the AL, fueled by the dismissal of coach Billy Martin. The Yankees would make up ground and face Boston for a pivotal game in the race to clinch the AL East title. In what would be known as the Boston Massacre, the Yankees would sweep the Red Sox, and going on to win the AL East, before dispatching in Kansas City Royals in the ALCS. Facing the Los Angeles Dodgers in the World Series, Jackson would earn the name “Mr. October” after hitting four home runs to help the Yankees in a comeback win to clinch the World Series. In 1979, catcher and captain, Thomas Munson would die in a plane crash while practicing landings. The organization would retire his number 15, and in their next game just hours after his funeral, his friend and teammate Bobby Murcer, would use his bat to win a walk-off game for the Yankees. The following years until 1996 would prove barren and rocky for the Yankees.

In 1996, Joe Torre, who was coming off bad spells with former teams became head coach of the Yankees and put together the team of Derek Jeter, and pitchers Mariano Rivera, and Andy Pettite. This team would go on to win the World Series, beating the Atlanta Braves, 4-2, before losing the ALDS game the following season to the Indians and not retain their title. 1998 would see an even stronger Yankees team with a more mature Jeter, and are considered as one of the greatest teams assembled in baseball. A season record of 114-48, the team would go on to sweep the San Diego Padres in the World Series. The team would go on to win again in 1999 and 2000, going 16-1 in the World Series in between 1998 and 2000. After the 2000 win, the Yankees would again go on a title drought for eight years, before finally capturing title number 27 in 2009.