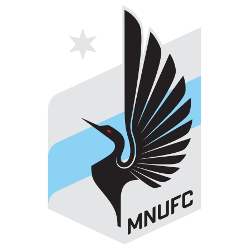 Minnesota United FC plays its home games at TCF Bank Stadium, on the campus of the University of Minnesota in Minneapolis, for its first two seasons in MLS play. The club began playing in Saint Paul (becoming the city’s fourth professional sports team, joining the Minnesota Wild, the St. Paul Saints, and Minnesota Whitecaps), at Allianz Field in the Midway neighborhood starting in the spring of 2019.

Who is the greatest Minnesota United FC?