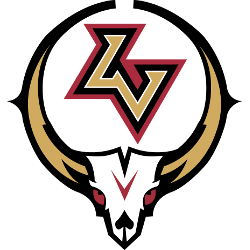 Among the team's players were the XFL's most well-known, Rod Smart (later with the National Football League's Philadelphia Eagles, Carolina Panthers, and the Oakland Raiders), who went by the nickname of "He Hate Me", which appeared on the back of his jersey. (He was originally going to put "They Hate Me", but there wasn't enough room.) Coached by former Boise State and Scottish Claymores head coach Jim Criner, the Outlaws competed in the XFL's only season, held in the spring of 2001. The team encouraged their fans to come up with a nickname. They selected the "Dealers of Doom Defense". After a strong start, the Outlaws lost their last three games to finish in last place in the division with a record of 4-6-0, just one game out of a playoff spot.

Despite having a two-year contract, NBC announced shortly after the season that it was getting out, as the season's later games had garnered the lowest ratings for a major American television network since the Nielsen ratings had begun tracking them, and the league folded shortly afterwards.

The team was the centerpiece of the 2003 book about the XFL, Long Bomb: How the XFL Became TV's Biggest Fiasco. It was written by Brett Forrest of Details magazine.

Nickname
Outlaws – The team name references a person who has broken the law, especially one who remains at large or is a fugitive.

Who is the greatest Las Vegas Outlaws?