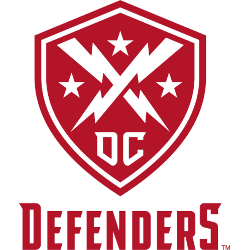 History of the Defenders

The DC Defenders are a professional American football team based in Washington, D.C. The team was founded by Vince McMahon’s Alpha Entertainment and is an owned-and-operated member of the new XFL owned by Dwayne Johnson’s Alpha Acquico. The Defenders play their home games at Audi Field.

Washington, D.C., joined Seattle, Houston, Los Angeles, New York, St. Louis, Tampa Bay, and Dallas as the XFL's inaugural cities. All teams have 40-man active rosters and play a 10-week season. Vince McMahon said "the game will feature simplified rules for a faster pace of the game that should complete in under three hours", and draws from former college and NFL players.

On February 21, 2019, the team hired Pep Hamilton, who most recently was an assistant with the Michigan Wolverines football team, as their first head coach and general manager. Hamilton is an alumnus of Howard University and was familiar with XFL Commissioner Oliver Luck through Hamilton's work with Luck's son, a former NFL Quarterback, Andrew. Hamilton was later hired by the Los Angeles Chargers and the Houston Texans as quarterbacks coach, leaving the position vacant.

On February 8, 2020, the Defenders won the first game in modern XFL history, defeating the Seattle Dragons by a score of 31–19.

Nickname
Defenders – In the sport of soccer, a defender is an outfield player whose primary role is to prevent the opposing team from scoring goals. The DC Defenders have a soccer look in their logo and name.

Who is the greatest DC Defenders?