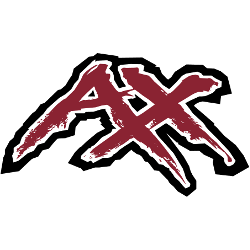 The Maniax Director of Player Personnel was Steve Ortmayer, who had become respected in the pro football world for helping to build the Super Bowl XVIII-champion Los Angeles Raiders. Steve Ehrhart, who had managed both the Memphis Showboats and Memphis Mad Dogs, returned as general manager for the Maniax. The head coach was Kippy Brown.

At slightly over 20,000 fans per game, the Maniax were in the lower half of league average attendance; this figure was higher than the Mad Dogs had drawn, and comparable to that of the NFL’s Tennessee Oilers during their lone season in Memphis, but lower than the Showboats.

They were in the Western Division with the Los Angeles Xtreme, San Francisco Demons, and Las Vegas Outlaws. They finished tied for second place at 5-5 with the Demons but did not make the playoffs as the Demons had the better division record during the season. The Maniax were one of two teams to beat the eventual league champion Xtreme, and the only team to beat them twice, going 2-0 vs. their divisional rivals in the regular season; not coincidentally, they, along with the Xtreme and Demons, were the only three XFL teams to maintain the same starting quarterback through the entire season.

NBC officials wanted to move the XFL games to afternoons after the first season (2001) due to dismal ratings, and when, somewhat to McMahon’s surprise and disappointment the United Paramount Network (UPN) wanted to follow suit, the league was then folded and the team disbanded.

Nickname
Maniax – The team’s name and logo were designed to lead the team’s fans into calling the team “The Ax”, a shortened form of the word “maniacs.”

Who is the greatest Memphis Maniax?