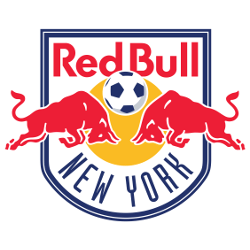 The Red Bulls compete as a member of the Eastern Conference of Major League Soccer (MLS). The club was established in October 1994 and began play in the league's inaugural season in 1996 as the New York/New Jersey MetroStars. In 2006, the team was sold to Red Bull GmbH and re-branded as part of the company's global network of football clubs, leading to the team's current name.

The Red Bulls have played their home matches at Red Bull Arena since 2010, having previously played at Giants Stadium. The club is one of two teams in MLS based in the New York metropolitan region along with New York City FC, which entered the league in 2015. The two sides compete against each other in the Hudson River Derby. The team's current head coach is former United States international midfielder Chris Armas.

Nickname
Red Bulls – On March 9, 2006, it was announced that Austrian energy drink conglomerate Red Bull GmbH had purchased the club, and as part of their sponsorship would completely re-brand the franchise, changing the name, colors, and logo, a move which drew mixed reactions. The club name was changed to "Red Bull New York" with the team now referred to as the "New York Red Bulls" by the league and media.

Who is the greatest New York Red Bulls?