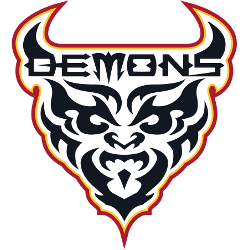 In their only season of existence, the Demons went 5-5 to capture 2nd place in the regular season and qualified for post season play. In the first round, the Demons defeated the Orlando Rage, who had the best regular season record (8-2), by a score of 26-25. In the XFL’s Million Dollar Game, which was the league championship game and last game in its history, the Demons were defeated by the Los Angeles Xtreme 38-6.

NBC dropped the XFL after the first season (2001) due to dismal ratings, and the league folded soon afterwards. The Demons played their home games in what was then Pacific Bell Park, now Oracle Park, the home of Major League Baseball’s San Francisco Giants.

The most notable Demons players were Mike Pawlawski and Pat Barnes. Both played quarterback for the Demons in 2001. Pawlawski and Barnes both played for the California Golden Bears. Pawlawski was signed by the Demons after playing Arena Football for the Albany Firebirds. Barnes had been invited to training camp by the Oakland Raiders.

Nickname
Demons – So what is the team name? Rumored team names were Cyborgs, Shock, Engineer, Sting Rays, Dragon, Stampede, Gold and Silicon. However, they came up with demons, a devil, an evil spirit, a fiend. A very wicked person. A cruel person. A person with great energy and vigor. An inferior Greek god.

Who is the greatest San Francisco Demons?