The Super Bowl, is the pinnacle of NFL greatness. It’s the ultimate showdown between the best NFL teams and is a national celebration. Big games, big plays, and big accomplishments. But despite it only starting in 1967 when the NFL and AFL merged, there’s no clear champion (no, there are two) of the Super Bowl. Let’s have a look.

First, a little bit of trivia before the grand reveal.

Now let’s have a look at which teams have been adding trophies to their cabinets. But more importantly, how many times they’ve been doing it. 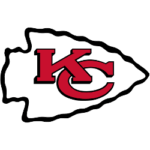 Winning the Super Bowl once is good, but today it’s not good enough to make it on to our list. So instead we’re starting with the teams that have won at least two Super Bowls. That would include the Miami Dolphins, Baltimore Ravens, Kansas City Chiefs, and Indianapolis Colts. With two victories each, what’s interesting is the gap between each win. For instance, the Miami Dolphins won in 1972 and 1973. But it looks like that good run faded fast, and they’ve yet to make it back to the top. The Indianapolis Colts won in 1970 and 2006; Baltimore Ravens in 2002 and 2012; and Kansas City Chiefs in 1969 and 2019. They’ve got one win from way back when and another more recent, so perhaps we can expect the likes of Kansas City and the Baltimore teams to challenge again for the Super Bowl and add more to their tally. The Miami Dolphins, though… 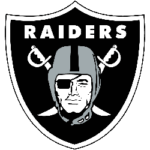 Moving onto the teams with three wins under their collective belts and we have the Denver Broncos (‘97, ’98 and ’15), Washington Football Team (’82, ‘87’ and ’91) and the Las Vegas Raiders (’76, ’80 and ’83).  Another interesting mix of teams here, perhaps highlighting why they’ve only got three Super Bowl wins each. You can see how each had their heyday, for instance, Washington FT and Raiders enjoying success in the 80s, while the Broncos were rising stars in the late 90s, before making more of a time for themselves recently. Football teams are always evolving, so even if you’ve been following a team for years with no success, you never know what might happen, even if it is 20 years between Super Bowl wins! 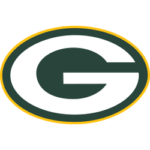 The Green Bay Packers and New York Giants each have four Super Bowl victories. The Giants are one of the oldest teams in the NFL, and were one of five teams that joined the NFL way back in 1925 and are the only remaining one from that group! They’re also the longest-established team in the North East, so suffice to say they’ve got an impressive reputation. Which is backed up by their four wins in 1986, 1990, 2007 and 2011.

But the Green Bay Packers give them a run for their money. Established 101 years ago, the Packers not only have the most league championships at 13, but they also won the very first two Super Bowls in 1967 and 1968. Then again, in 1996 and 2010. Again, another team with an enviable reputation steeped in NFL history, which makes you think about the odds for the 2021 Super Bowl showdown. But you don’t have to worry about doing that, simply search online for the best odds at US-facing sportsbooks like Bovada, if you fancy a bet on the next Super Bowl. 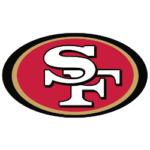 Who would you put your bet on? The San Francisco 49ers and Dallas Cowboys each have five Super Bowl victories. The 49ers won in 1981, 1984, 1988, 1989, and 1994, proving their prowess throughout the 80s and early 90s. And they’ve experienced a resurgence of late, becoming NFC Champions last season and reaching the Super Bowl final, only to be beaten by Kansas City Chiefs. Perhaps the next season could see them reclaim the prize? Or maybe the Dallas Cowboys will be up for the challenge. Again, with victories in 1971, 1977, 1992, 1993, and 1995, they’re not shy to surprising the league and coming out on top. 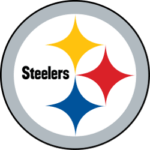 The Steelers are the oldest franchise in the AFC and proved they were a reckoning force throughout the 70s. However, their last Super Bowl appearance was in 2011, and in AFC North last season, they only had a 50% win rate. The New England Patriots, on the other hand, perhaps have been the face of NFL victory since 2000. 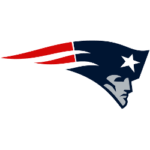 When Bill Belichick came on board as head coach, alongside quarterback Tom Brady, there was a slew of success to come, as is evident by the wins in the noughties. Even last season, they won the AFC East for the eleventh straight season. As we reach the next decade, will their success continue without Brady? And are they the best team to place a bet on?