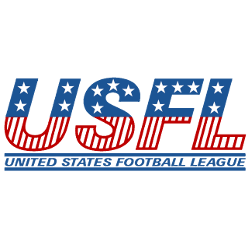 The United States Football League (USFL) was an American football league that played for three seasons, 1983 through 1985. The league played a spring/summer schedule in each of its active seasons. The 1986 season was scheduled to be played in the autumn/winter, directly competing against the long-established National Football League (NFL). However, the USFL ceased operations before that season was scheduled to begin.