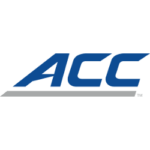 The Atlantic Coast Conference is a collegiate athletic conference that takes place in the eastern part of the United States. Its headquarters is located in Greensboro, North Carolina. Since July 1, 2014, and until now,  the conference welcomes 15 university teams from 10 states. They are and see all their school history:

Each of them competes in the NCAA‘s Division I, while their football teams participate in the Football Bowl Subdivision, which are the highest levels for athletic competition in American collegiate sports. 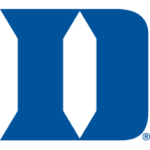 The Atlantic Coast Conference was established in 1953 when seven members of the Southern Conference decided to leave it because of the ban on post-season football play initiated in 1951. So such universities as Maryland, North Carolina, Clemson, North Carolina State,  Duke, South Carolina, and Wake Forest formed their own conference. After the bylaws drafted by the seven had been approved on June 14, 1953, the new conference was created.

The Atlantic Coast Conference implemented a minimum SAT score of 750 for applying student-athletes in 1960. After 4 years, this minimum was increased to 800, but eventually it was canceled by a federal court in 1972. Also, in the 1950s and 1960s, racial integration has become high on the regional agenda. Hence, the ACC focused on the issues of equality and racism. 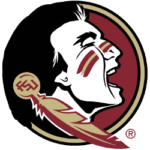 Teams and athletes involved in the ACC have claimed dozens of national championships in multiple sports. Typically, they are considered to be among the top collegiate competitors in the nation in any particular kind of sport in a given year. Being a top athlete and a good student at the same time is not that easy. But this challenge is worth accepting. Most of all, because it can shape your personality. Even if you face very big difficulties with some homework tasks, you can obtain the cheap essay writing service and keep going towards your goals. Combining sports and academic learning can really increase your potential, teach you time-management as well as leadership skills, and improve your relationships with people around you.

There were seven members in the AAC until Georgia Tech from the Metro Conference joined it in 1978. Later, the total number of schools reached nine after Florida State University was added to them. This marked the first expansion of the conference since 1953. 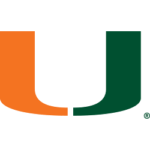 During the Big East Conference realignment, the ACC added three more members in 2004-2005, namely Miami and Virginia Tech as well as Boston College.

In 2011, the ACC Hall of Champions was opened next to the Greensboro Coliseum arena. Since then, the ACC has become the second college sports conference that has a hall of fame after the Southern Conference. In the same year, Syracuse University and the University of Pittsburgh applied to join the ACC and were accepted the following day. So the conference footprint was expanded once again.

In 2012, Notre Dame also joined the ACC as the conference’s first member in the Midwestern United States. The university agreed to participate in all sports except football. The next school that accepted the ACC’s invitation to become a full member was the Big East’s University of Louisville. 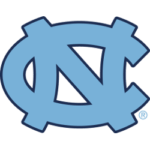 All the members of the ACC participate in the Atlantic Coast Conference Academic Consortium which ensures collaboration between them. Since 1999, its scope has been expanded into many more domestic and international collaborations. The main goal of the ACCAC is to enrich the educational missions of member universities through organizing different study abroad and scholarship programs, leadership conferences, academic and global research initiatives. Also, 90% of its funding is spent on direct student support.

ACCAC has implemented a big number of projects, some of which include the annual Student Leadership Conference, the ACC Debate Championship, the Meeting of the Minds undergraduate research conference, and the Student President Conference. One of the programs organized by ACCAC is the Creativity and Innovation Fellowship Program that provides undergraduate students with a $12,500 award for research or creative projects. The Summer Research Scholars Program also offers financial aid of $5,000 to every ACC university in order to support up to two of its undergraduates in conducting research. Moreover, each year students have a chance to take part in a trip of student delegates from ACC university members to the nation’s capital.

As you see, the ACC is a powerful organization that motivates many young people all over the world to apply for programs in its member universities, some of which even offer an athletic scholarship.

Bio: Judy Nelson is a former college athlete and academic writer. In her college years, Judy did sports professionally and reached top results in most competitions. Currently, Judy helps students combine their sports activities and education by assisting them in an assignment and essay writing.