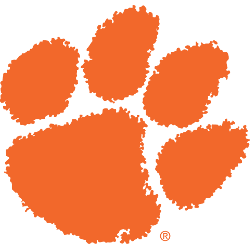 The Clemson Tigers are the athletic teams that represent Clemson University, located in Clemson, South Carolina. They compete as a member of the National Collegiate Athletic Association (NCAA) Division I level (Football Bowl Subdivision (FBS) sub-level for football), primarily competing in the Atlantic Coast Conference (ACC) for all sports since the 1953 - 1954 season. Clemson competes for and has won multiple NCAA Division I national championships in various sports, including football, men's soccer, and men's golf.

Nickname
Tigers - Clemson's athletic teams have been nicknamed the Tigers since 1896, when coach (and later university president) Walter Merritt Riggs brought the name from his alma mater, Auburn University. The name came from a Greenville News editor's nickname for Clemson students, and was discontinued in 1972.

Who is the greatest Clemson Tigers?