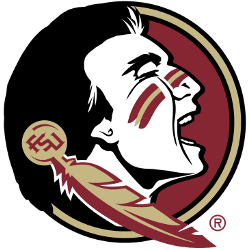 History of the Seminoles

The Florida State Seminoles are the athletic teams representing Florida State University located in Tallahassee, Florida. They compete as a member of the National Collegiate Athletic Association (NCAA) Division I level (Football Bowl Subdivision sub-level for football), primarily competing in the Atlantic Coast Conference (ACC) for all sports since the 1991–92 season; within the Atlantic Division in any sports split into a divisional format since the 2005–06 season.

Nickname
Seminoles - The nickname “Seminoles” has been in place at Florida State since 1947 and the tradition of Osceola, the rider, and Renegade, the horse, dates to 1978 when a student on horseback led the football team out of the tunnel before a game against Oklahoma State. While other universities changed, Florida State stuck with the nickname.

Who is the greatest Florida State Seminoles?