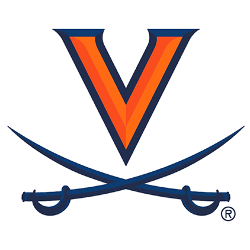 The Cavaliers compete at the NCAA Division I level (FBS for football), in the Atlantic Coast Conference since 1953. Known simply as Virginia in sports media, UVA has twice won the Capital One Cup for men's sports (in 2015 and 2019) after leading the nation in overall athletic excellence. The Cavaliers have regularly placed among the Top 5 nationally.

The Cavalier mascot represents a mounted swordsman, and there are crossed swords or sabres in the official logo. An unofficial moniker, the “Wahoos”, or “Hoos” for short, based on the university's rallying cry "Wah-hoo-wah!" is also commonly used. Though originally only used by the student body, both terms—“Wahoos” and “Hoos”—have come into widespread usage with the local media as well.

Nickname
Cavaliers - The explanation for the University of Virginia Cavaliers nickname actually involves a story of historical significance to the region.

The origin of the Cavaliers nickname comes from what was going on in this region of the world during the seventeenth century when England was involved in a civil war that pitted supporters of the Parliamentary system of government against King Charles I who asserted absolute power in terms of rule. The use of the word Cavalier predates the formation of the United States of America with a very similarly spelled version of the word being used by William Shakespeare in his famed Henry IV play.

Who is the greatest Virginia Cavaliers?