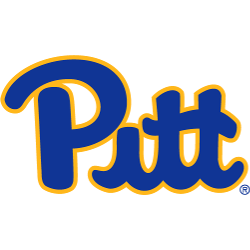 The Pittsburgh Panthers, commonly also referred to as the Pitt Panthers, are the athletic teams representing the University of Pittsburgh, although the term is colloquially used to refer to other aspects of the university such as alumni, faculty, and students. Pitt fields 19 university-sponsored varsity teams at the highest level of competitive collegiate athletics in the United States: the NCAA Division I Football Bowl Subdivision (FBS) for American football.

Varsity Walk is a walkway between the Cathedral of Learning and Heinz Memorial Chapel on which is carved the names of former Pitt athletes (each year since 1950) who have promoted the university through their athletic (Panther Award) or academic (Blue-Gold Award) achievements.

In a tradition that began in 1983, the upper section of the Cathedral of Learning is illuminated "gold" after every home football team victory, as well as important victories in other sports.

Nickname
Panthers - The University of Pittsburgh adopted the Panther as its official animal and mascot on November 16, 1909 at a meeting of students and alumni. This adoption occurred shortly after the university, previously known as the Western University of Pennsylvania, obtained an alteration to its charter in the summer of 1908 in order to change its name to the University of Pittsburgh. When named the Western University of Pennsylvania, the university had been referred to by the nickname of "Wup" (pronounced Whup) and athletic teams referred to as the "Wups", a play on the school's abbreviation W.U.P. At this time, the university also began the process of moving from what is now Pittsburgh's North Side to its current location in the Oakland section of Pittsburgh. According to George M. P. Baird (class of 1909), who made the suggestion for the Panther as the university's mascot, the reasons it was chosen were:

1. The Panther was the most formidable creature once indigenous to the Pittsburgh region.
2. It had ancient, heraldic standing as a noble animal.
3. The happy accident of alliteration.
4. The close approximation of its hue to the old gold of the University's colors (old gold and blue), hence its easy adaptability in decoration.

Who is the greatest Pittsburgh Panthers?