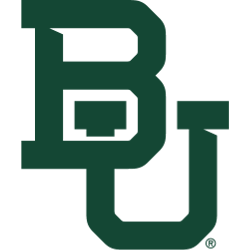 Nickname
Bears - Former student George Baines Rosborough offered a $5 gold piece to the student who submitted the winning entry. Despite competition from two dozen rivals including the buffalo, antelope, frog and ferret, Baylor students chose the bear as the University's mascot, and Doyle Thrailkill of San Antonio won the $5 prize. Baylor's student newspaper the Lariat soon carried the headline "Bruin is Elected Patron Saint of All Baylordom."

Although Baylor adopted "Bears" as its official nickname in 1914, it was not until the 1920s that a real bear mascot came to the University.

Who is the greatest Baylor Bears?