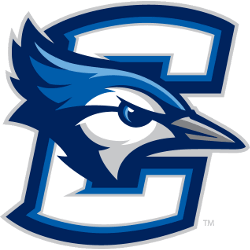 Nickname
Bluejays - Creighton University was founded in 1878, but it wasn’t until 1924 that their mascot was the Bluejays. During the 46 years in between, their athletic teams were known by the moniker “Hilltoppers”, or occasionally, simply the “White and Blue.”

A contest in December of 1923 changed all of that. The Creighton Athletic Board commissioned the Omaha Bee newspaper to ask their readers for suggestions on a mascot for the school. According to a 1983 article in The Creightonian, the contest received over 200 entries, including “Golden Rods”, “Counts”, “Wynners”, “Blues”, “Shamrocks”, “Tigers”, “Bears”, and “Bluejays.” On January 14, 1924, the Omaha Bee announced the winner — “Bluejays” — spelled as one word (unlike the actual bird, which is two words).

Who is the greatest Creighton Bluejays?