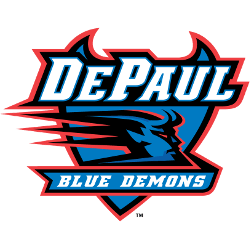 Naismith Memorial Basketball Hall of Fame head coach Ray Meyer coached at DePaul for 42 years from 1942 to 1984 and finished with an overall 724–354 record. He coached his team’s to 21 post-season appearances (13 NCAA, eight NIT). Meyer led his teams to two Final Four appearances in the 1943 NCAA Basketball Tournament and 1979 NCAA Division I Basketball Tournament. Meyer’s 1943 Final Four appearance was his first season coaching DePaul. His teams were a No. 1 seed in its NCAA regional three years in a row in 1980, 1981, and 1982. Meyer led DePaul past Bowling Green to capture the 1945 National Invitation Tournament, the school’s only post-season title. In total, Meyer recorded 37 winning seasons and twelve 20-win seasons, including seven straight from 1978 to 1984.

Meyer coached George Mikan who was inducted into the Naismith Memorial Basketball Hall of Fame in 1959, made the 25th and 35th NBA Anniversary Teams of 1970 and 1980, and was elected one of the NBA’s 50 Greatest Players ever in 1996. Meyer also coached the 1980 Naismith College Player of the Year, Mark Aguirre.

During Ray Meyer’s tenure, the Blue Demons originally played in University Auditorium before moving to Alumni Hall in 1956. For the start of the 1980 season, DePaul men’s basketball moved to the Rosemont Horizon later renamed Allstate Arena.

Nickname
Blue Demons – The origin of the Blue Demons nickname dates back to 1907 when the university changed its name from St. Vincent’s College to its current form. At the time, the athletic teams had red uniforms with a large “D” on the front. After an announcer referred to the players as the “D-men,” the moniker stuck and eventually evolved into “Demons.” The “blue” was part of an attempt to distinguish the university’s players from those of its now-defunct high school, DePaul Academy. The former wore red with a blue “D,” while the latter adopted the reverse. The official athletic colors are scarlet and royal blue.

Who is the greatest DePaul Blue Demons?