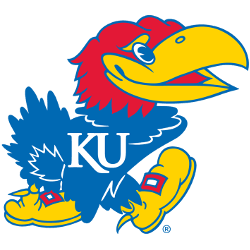 The university's athletic director is College Football Playoff committee representative Kirby Hocutt. Bob Knight, the most victorious coach in men's Division I basketball history, coached the Red Raiders men's basketball team from 2001 to 2008. Following Bob Knight's retirement in 2008, his son Pat Knight assumed head coaching duties. The Red Raiders football team, which has been coached by Mike Leach from 2000 to 2009, is a member of the NCAA Football Bowl Subdivision and has appeared in the 19th-most bowl games of any team. Tommy Tuberville was named head coach in 2010 following the firing of Mike Leach and remained in the position until 2012 before resigning. He was replaced by former Texas Tech quarterback Kliff Kingsbury in 2013. In 1993, led by coach Marsha Sharp, the Lady Raiders basketball team won the NCAA Women's Basketball Championship. Following Sharp's retirement in 2006, Kristy Curry was named Lady Raiders head coach. Red Raiders baseball coach Larry Hays, who is one of only four coaches in NCAA baseball history to win 1,500 career games, retired in 2008.

Over time, proud of their state's contributions to the end of slavery and the preservation of the Union, Kansans embraced the "Jayhawker" term. The term came to be applied to people or items related to Kansas. When the University of Kansas fielded their first football team in 1890, like many universities at that time, they had no official mascot. They used many different independent mascots, including a pig. Eventually, sometime during the 1890s, the team was referred to as the Jayhawkers by the student body. Over time, the name was gradually supplanted by its shorter variant, and KU's sports teams are now almost exclusively known as the Jayhawks. The Jayhawk appears in several Kansas cheers, most notably, the "Rock Chalk, Jayhawk" chant in unison before and during games.[8] In the traditions promoted by KU, the jayhawk is said to be a combination of two birds, "the blue jay, a noisy, quarrelsome thing known to rob other nests, and the sparrow hawk, a stealthy hunter."

The link between the term "Jayhawkers" and any specific kind of mythical bird, if it ever existed, had been lost or at least obscured by the time KU's bird mascot was invented in 1912. The originator of the bird mascot, Henry Maloy, struggled for over two years to create a pictorial symbol for the team, until hitting upon the bird idea. As explained by Mr. Maloy, "the term ‘jayhawk’ in the school yell was a verb and the term ‘jayhawkers’ was the noun." KU's current Jayhawk tradition largely springs from Frank W. Blackmar, a KU professor. In his 1926 address on the origin of the Jayhawk, Blackmar specifically referenced the blue jay and sparrow hawk. Blackmar's address served to soften the link between KU's athletic team moniker and the Jayhawkers of the Kansas territorial period, and helped explain the relatively recently invented Jayhawk pictorial symbol with a myth that appears to have been of even more recent fabrication.

Who is the greatest Kansas Jayhawks?