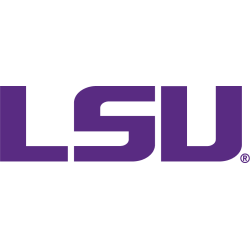 History of the Tigers

The LSU Tigers and Lady Tigers are the athletic teams representing Louisiana State University (LSU), a state university located in Baton Rouge, Louisiana. LSU competes in Division I of the National Collegiate Athletic Association (NCAA) as a member of the Southeastern Conference (SEC). Based on the winning percentage, the university's athletics program is consistently one of the best in the nation.

During its first three sports seasons, LSU played without a nickname. For the inaugural LSU–Tulane football game in 1893, the New Orleans newspapers referred to the LSU football team as the Baton Rouge "boys", but that was not an official nickname. At the start of the 1896 football season, the football team had its first nickname and was referred to as the "Pelicans". A former football player on the 1896 team said in a 1929 interview in the New Orleans Item-Tribune that the team was known as the "Pelicans" and had a Pelican insignia sewn on their jackets.

During the same fall 1896 football season, LSU first adopted its "Tigers" nickname during an undefeated football season. David F. Boyd, president of LSU, tagged the football team as the "Tigers". The school's nickname seemed like a logical choice since most collegiate teams in that year bore the names of ferocious animals and "Tigers" also referred to the Tiger Rifles. Additionally, the "Tigers" nickname has a long history in Louisiana military history. In the Mexican–American War, four different volunteer units used the nickname. One of these volunteer units was the Washington Artillery. It is a militia unit that traces its history to 1838 and has a logo that features a snarling tiger's head. The tiger symbol used by LSU came from the Washington Artillery logo. In 1955, it was head football coach Paul Dietzel and the LSU 'fourth-quarter ball club' that helped the moniker "Tigers" grow into the nickname, "Fighting Tigers."

Who is the greatest LSU Tigers?