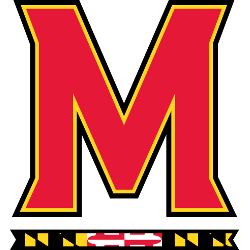 History of the Terrapins

The nickname was coined in 1932 by Harry C. "Curley" Byrd, then the school's football coach and later the school's president. Previously, Maryland teams were known as the "Old Liners"—a reference to the state's nickname, "The Old Line State." However, the school newspaper, The Diamondback, wanted a better nickname. Byrd thought "Terrapins" was a good choice because of the diamondback terrapins endemic to the Chesapeake Bay region. Byrd's hometown of Crisfield was famous for the number of terrapins along its shores. The school mascot is an anthropomorphic turtle named "Testudo." The official team colors are red, white, black, and gold, derived from the Maryland state flag. It is the only NCAA school to have four official school colors. On July 1, 2014, the Terrapins became members of the Big Ten Conference following 62 years of membership in the Atlantic Coast Conference. The university currently sponsors varsity athletic teams in 20 men's and women's sports, which compete at the NCAA Division I level.

Nickname
Terrapins - When the suggestion rang out from Maryland football coach Dr. H.C. Byrd in 1932 that the school adopt the "Diamondbacks" as a school symbol he wasn't accused of having snakes in his head. The Diamondback that the future university president was referring to was not a serpent, but were instead the snapping turtles he had encounters with during his childhood in Crisfield Md.

The turtle was already represented on campus with the student newspaper that was named the Diamondback. The turtle soup got thicker the next year when the Class of 1933 donated a giant bronzed Diamondback. When the student yearbook, The Reveille, became The Terrapin in 1935, Maryland officials were ready to stick their necks out for their new symbol.

Who is the greatest Maryland Terrapins?