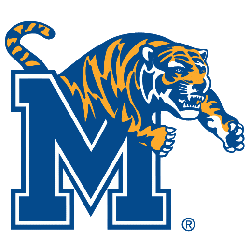 Nickname
Tigers - When the Memphis State University first fielded a football team in the fall of 1912, no one had selected a nickname for the squad. Early references to the football team tabbed them only as the Blue and Gray Warriors.

After the final game of the 1914 season, there was a student parade. During this event, several university students shouted, "We fight like Tigers!" The nickname was born. As time passed, the nickname "Tigers" was increasingly used, particularly in campus publications, but did not catch on with the newspapers downtown. They continued to use "the Blue and Gray" when referring to the university.

Who is the greatest Memphis Tigers?