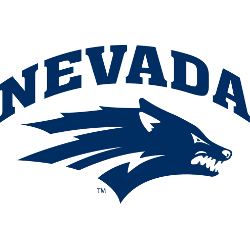 History of the Wolf Pack

The Nevada Wolf Pack is the athletic teams that represent the University of Nevada, Reno. They are part of NCAA's Division I's Mountain West Conference. It was founded on October 24, 1896, with football as the Sagebrushers in Reno, Nevada.

The Nevada Men's Basketball program first began in 1913. The program has won 19 conference championships and made seven appearances in the NCAA tournament.

The men's basketball program has experienced some success in recent years. In 2004, the Wolf Pack men's basketball team qualified for the NCAA tournament and advanced to the Sweet Sixteen for the first time in school history, where they fell to Georgia Tech. The team earned a repeat trip in 2005 and beat Texas in the first round before falling to eventual national runner-up Illinois. The team returned for 2006 as a #5 seed but was upset in the first round by former Big Sky Conference rival Montana. They began the 2006 - 2007 season ranked #24. The Pack's major star during this recent period of success was Nick Fazekas. In 2007, Nevada was ranked #9 in men's basketball, which is the highest ranking that Nevada has ever held. Guards Ramon Sessions and Marcellus Kemp both flirted with leaving as juniors for the NBA draft, however, Kemp decided to remain at Nevada while Sessions was drafted 56th overall in the 2007 NBA Draft.

Nickname
Wolf Pack - Nevada's athletic teams were originally known as the Sagebrushers, named after Nevada's state flower. In the 1921 - 1922 school year, a local writer described the school's athletic teams as a "pack of wolves" which turned into "Desert Wolves." That name stuck until 1923, the student body designated "Wolves" as the school's mascot.

The Wolf Pack is always written as two words in the context of Nevada's sports teams. All media outlets refer to the athletic name as Nevada (except for Clark County and Las Vegas as UNR due to their bitter interstate rivalry) for historical purposes.

Who is the greatest Nevada Wolf Pack?