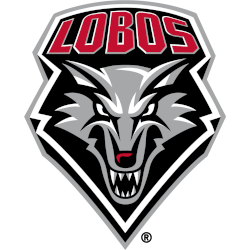 History of the Lobos

The New Mexico Lobos are the athletic teams that represent the University of New Mexico, located in Albuquerque. The university participates in the NCAA Division I in the Mountain West Conference (MW) since 1999, after leaving the Western Athletic Conference. The university's athletic program fields teams in 20 varsity sports. The only varsity teams that do not compete in the MW are in sports that the conference does not sponsor—men's soccer, which plays in Conference USA (C-USA); and skiing, which competes in the Rocky Mountain Intercollegiate Ski Association (RMISA). Both teams, however, will be cut following the 2018 season.

Steve Alford coached the Lobos for six seasons, compiling a 155–52 (.749) record with three NCAA tournament appearances, at least a share of four league titles, and two conference tournament championships. As a player Alford had been a prolific scorer and two-time All-American at Indiana, winning a national championship, and earning an Olympic gold medal with the U.S. national team. He had been a collegiate coach for 16 seasons, the previous eight at Iowa, amassing over 300 career wins.

An early objective for Alford was to change the culture of the program regarding discipline and academic focus. Under McKay, J.R. Giddens had frequently missed games due to disciplinary problems. Alford applied a strict regimen and Giddens responded with a standout senior season, leading the team with 16 points and nine rebounds a game. Six other players averaged between seven and ten points as balanced scoring became a hallmark of Lobo squads under Alford. The Lobos began the 2007 - 2008 season 14–2 before losing four of six in the league; they then won eight of nine to close out the regular season. They lost in the conference tournament but received a bid to the NIT, losing at Cal to finish 24–9, the most wins for a first-year Lobo coach to date. Giddens was named MWC Co-Player of the Year and received an AP All-American Honorable Mention. He was selected as the 30th pick in the first round of the 2008 NBA draft by Boston.

Nickname
Lobos - The Lobos name began in 1920. A UNM Weekly student newspaper editor, George S. Bryan, came up with the teams' name, the "Lobos", which is the Spanish word for wolf. Previously the University's teams were referred to as the "University Boys" or "Varsities."

Who is the greatest New Mexico Lobos?